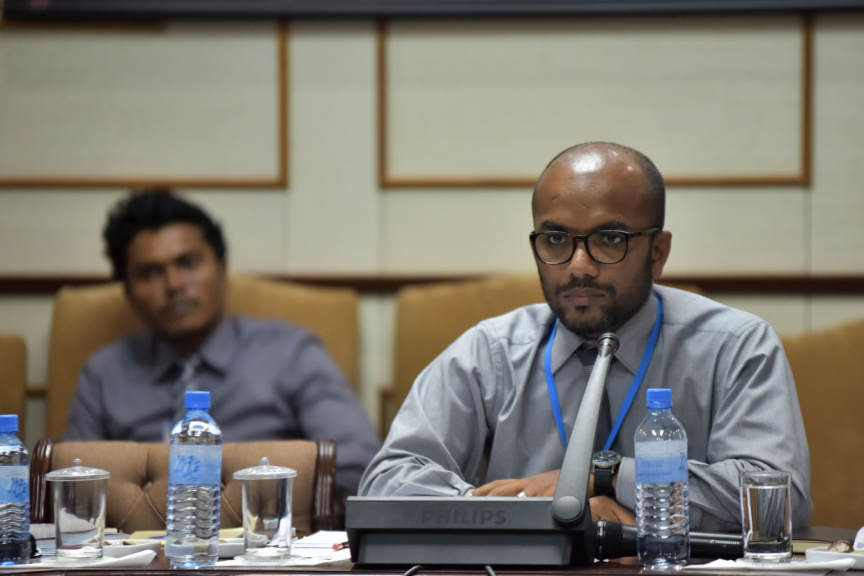 Finance Minister Ibrahim Ameer has announced the government plans on submitting a supplementary budget for the approval of the Parliament ‘very soon’.

National Planning and Infrastructure Minister, Mohamed Aslam, at a press conference last Sunday, said the government was facing budgetary constraints which was resulting in delays in the execution of many major infrastructure projects planned for the year.

Speaking in an interview to Sun regarding the issue this Monday, Finance Minister Ameer noted the state budget 2019 was drafted by the former Maldivian administration, and said that the current administration was therefore facing challenges in implementing some of its own development plans and policies.

He said the current administration has little choice but to supplement the budget.

“We are working on drafting a supplementary budget. We will submit the budget to the Parliament very soon,” said Ameer.

Ameer declined to disclose details of the supplementary budget as the drafting process is ongoing. But said the details will be released to the press before the budget is submitted to the Parliament.

National Planning and Infrastructure Minister Aslam, at Sunday’s press conference, said some of the projects declared in the state budget were severely under budgeted and allocated as low as MVR 1 million.

“It cannot even cover the advance payment,” said Aslam.

The latest weekly records of state income and expenditure released by Finance Ministry shows the state has earned MVR 11.8 billion as income and spent MVR 12.9 billion on expenses. MVR 1.4 billion was spent on Public Service Investment Program (PSIP) projects and MVR 609.7 million was spent on other development projects.