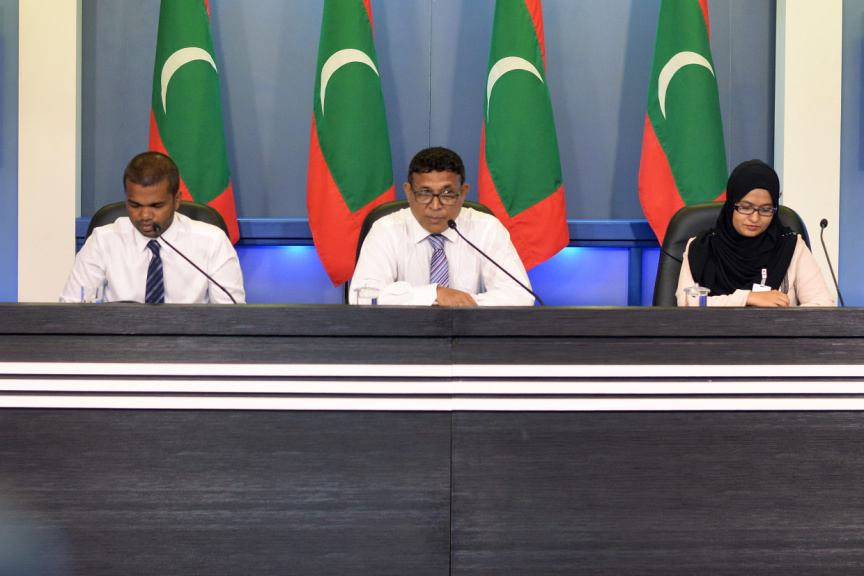 Speaking at a news conference to give details regarding the work of the Ministry of National Planning and Infrastructure, Minister Mohamed Aslam has stated that there cannot be any development if the plans keep on changing with every new government and its different policies. Minister Aslam stated that the development plans should be implemented to a point where they cannot be changed by an incoming administration.

“The government’s aim during these five years is to create and implement a foundation for the regional development plan that cannot be changed. Changing these plans every time a new government comes to power with its new policies is not beneficial,” said Aslam, at the news conference held this Sunday.

“For example, a major aim of the previous administration was to centralize and relocate more and more people to Male’. However, our thinking is to spread the population to different areas of the country and develop it accordingly, if the next administration does not have the same thinking or policy and tries to change everything with a complete U-turn, it cannot be very good.”

The minister stated that the plan for the development of the country will be unveiled within a month and the projects will be up and running by the time the five-year tenure of the current administration is complete. The minister reiterated that things would not be so easy to change for the next administration even if there was a difference in policies.

The government has plans to develop the country splitting it into five major regions which will, in turn, be split into nine sub-regions, according to Minister Aslam. The development plans will then be carried out involving all the islands of the region.

Those overcharged by Al-Haramain asked to come forward