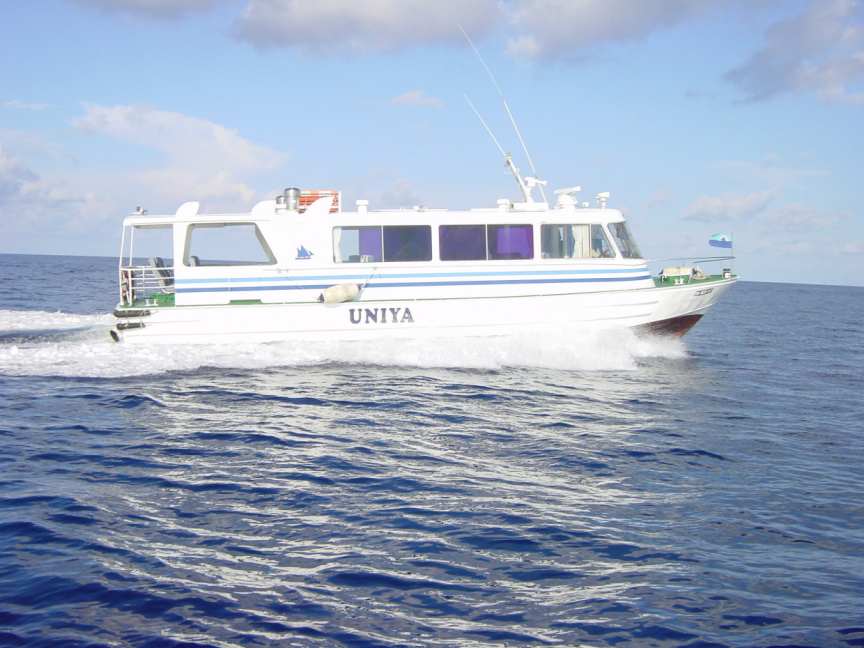 Maldives Transport and Contracting Company (MTCC) is preparing to provide ferry services for three more atolls in the country.

The atolls designated for ferry services this time are Meemu Atoll, Faafu Atoll and Dhaalu Atoll. Ferry services in these atolls were previously conducted by a private company named ‘’Vermilion’’ which stopped the services for reasons undisclosed.

The news was announced by MTCC during a press conference held to provide information regarding the services and operations of its transport departments.

In the press conference, CEO of MTCC, Mr. Hassan Shaah stated that the company and the Ministry of Transport and Civil Aviation have already held discussions regarding the ferry service operations to these three atolls.

“We have provided the ministry with a detailed expense plan for the ferry service operations to these three atolls. We are ready to start the services as soon as the Ministry approves, and it may happen as soon as this week even” Said Shaah.

MTCC currently provides transport services to a total of 169 islands in the country and only Fuvahmulah Addu are excluded from its services. Mr. Shaah stated that nearly 15 million passengers traveled using the company’s inter-atoll transport services last year.

The company has stated that even though its transport sector is one where it faces the most losses, it will remain steadfast in its operations of providing what it feels is a necessary service to people. MTCC incurred 82 million MVR in losses last year just from its transport sector.

Due to the Sinamale’ bridge, the number of people using its ferry services between Male’ and Hulhumale’ has seen a sharp decline. The company has stated that before the bridge was opened, it served around 20-15 thousand customers per day while the number has fallen to almost 5000-4000 customers per day after the bridge was opened. To answer this massive loss, MTCC has begun expanding its private hire services.

The losses accumulated from the transport sector by MTCC has seen it hold dialogue with the Ministry of Transport and Civil Aviation, Ministry of Finance and the President’s Office to subsidize its losses or find an alternative mean of providing its services during its annual meeting of 2018. Mr. Shaah has stated that there had been a positive response from the government regarding these requests by MTCC.