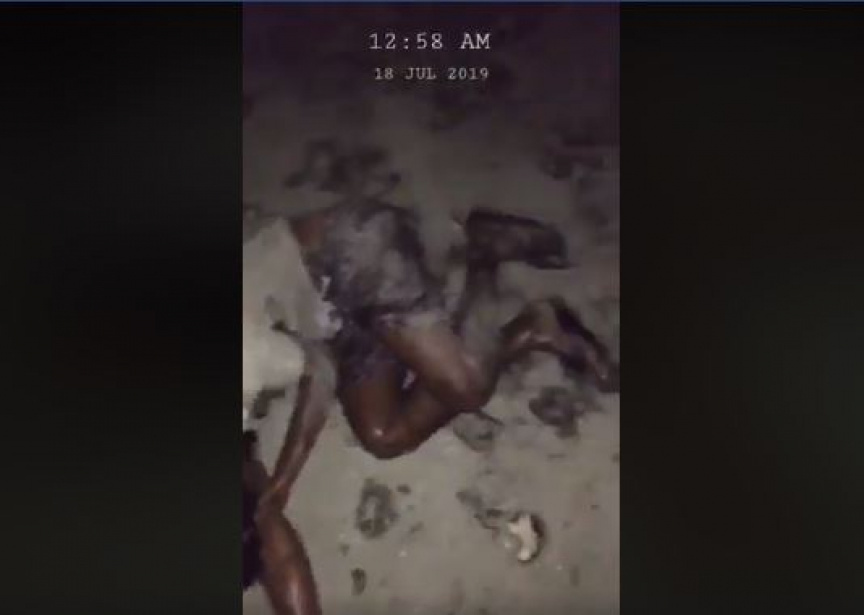 A screenshot of the video circulating on social media. (Sun)

A man suspected of stealing has been beaten up in the island of Thoddoo in Alif Alif Atoll.

The man seen crying on the ground in a circulating social media video, while surrounded by a group people who threaten him, is reported to have come to the island on a fishing boat and works as a fisherman.

He is seen in a second video where he is near naked, with blood spilling from wounds afflicted to the head. In the second a video, a man is heard threatening that what happened to him was only a small taste of what is to come.

When inquired about the video, a media official of the Maldives Police Service stated that the incident had not been reported so far, however, that the video circulating on social media is under investigation.