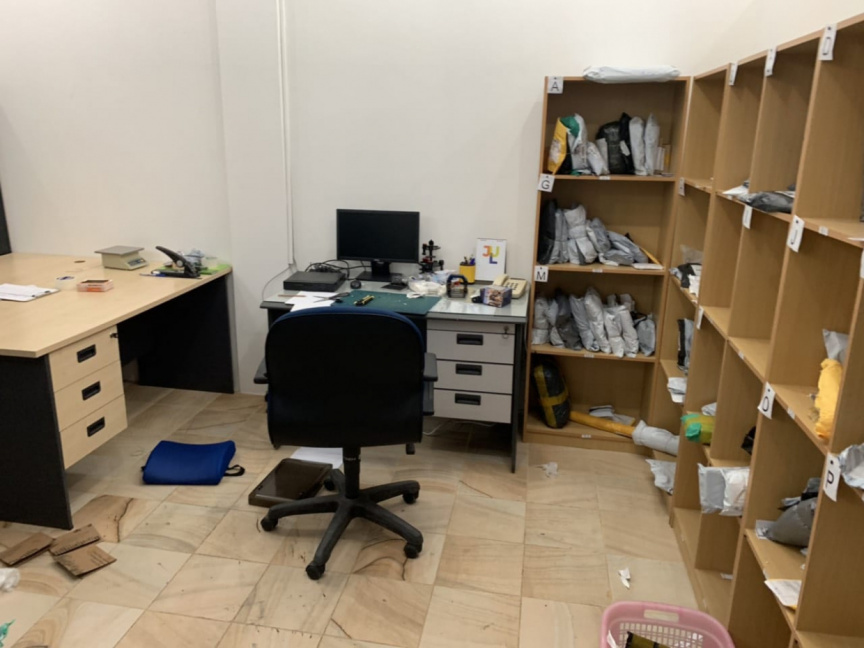 A suspect has been arrested in connection to the robbery at the G. Dh. Thinadhoo post office.

The robbery at Thinadhoo post office was reported to Maldives Police Service at approximately 8 am this Thursday.

It is believed the robbery took place sometime during Wednesday evening or the early hours of this Thursday.

Contents from multiple parcels were stolen in the robbery, and there were also signs of attempts to break into the money safe at the office.

Maldives Police Service reports items stolen in the post office robbery, as well items believed to have been stolen from a residence near the post office were discovered during search of a private residence in Thinadhoo at 10:20 am this Thursday.

A suspect, identified as a 30-year-old male, has been arrested in connection to the case.