Changes made to cargo transport schedule within Male’ 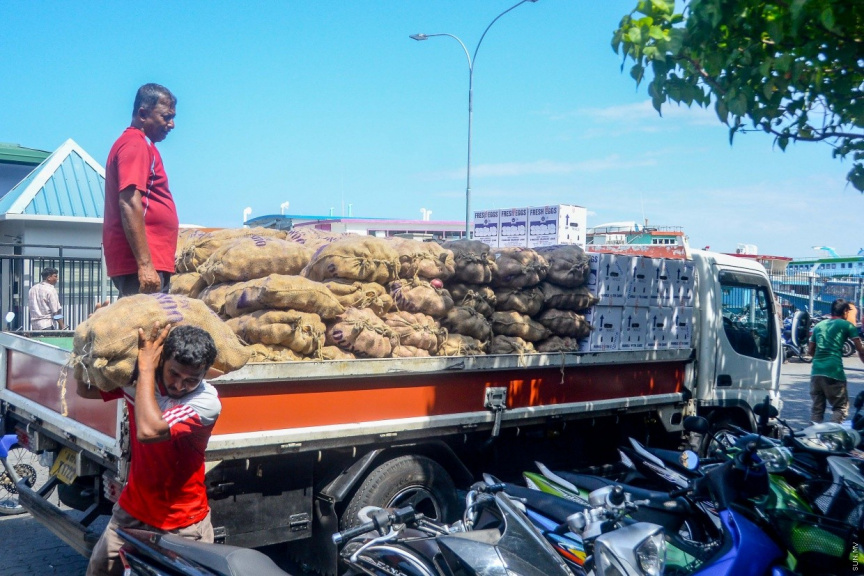 Changes have been made to the cargo transport schedule within Male’ City.

The announcement was made by Transport Minister Aishath Nahula at a press conference this Monday.

The changes remove any restriction on 350 kilo pickups from transporting cargo at any time. It also allows all categories of vehicles to transport cargo from 9 am to 11:30 am, and from 1:30 pm to 6 am.

Movement of cargo vehicles near schools, will however, be restricted at the beginning and ending of school hours to avoid congestion.

Nahula reports cargo transport by vehicles 350 kilos and below will be prohibited from 11:30 am to 1:30 pm, and cargo taken out from Customs need to be transported via Boduthakurufaanu Magu.

Construction material, meanwhile, can be transported from 6 pm to 6 am.

Minister Nahula reports the changes were made to ease the flow of traffic within Male’ City.

The changes took effect this Monday.