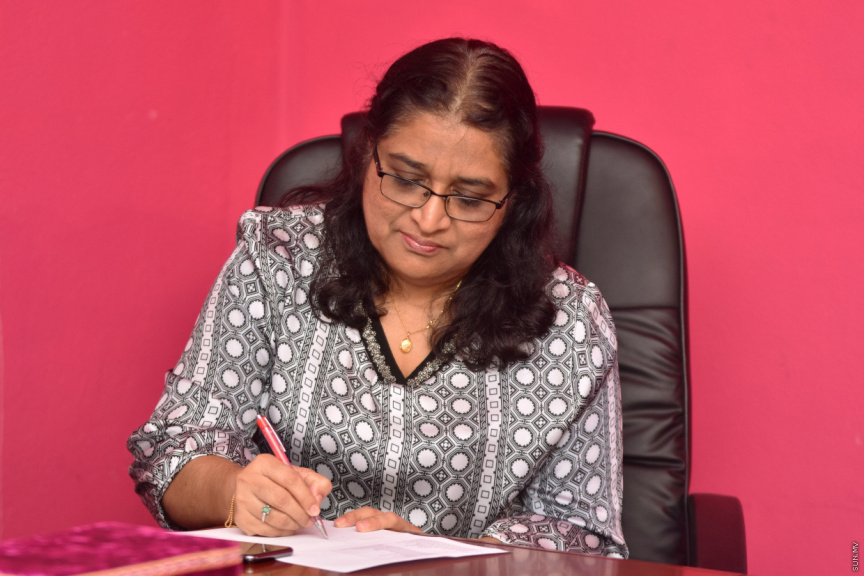 Aishath Azima Shakoor, the Legal Affairs Minister at the President’s office during former President Abdulla Yameen Abdul Gayoom’s administration, has been served the court papers stating the charges against her for money laundering.

According to Criminal Procedure Code, defendants must be served court papers before the trial can begin.

Azima was served with the court papers this Thursday morning. The next step in the legal process is preliminary hearings.

Azima has been charged with facilitating money laundering for Yameen, and making false statements to Anti-Corruption Commission (ACC)’s investigators during it's probe into Yameen.

The delay in the trial of both Azima and Yameen has been an issue of public concern. Azima recently returned to Maldives after several months abroad.