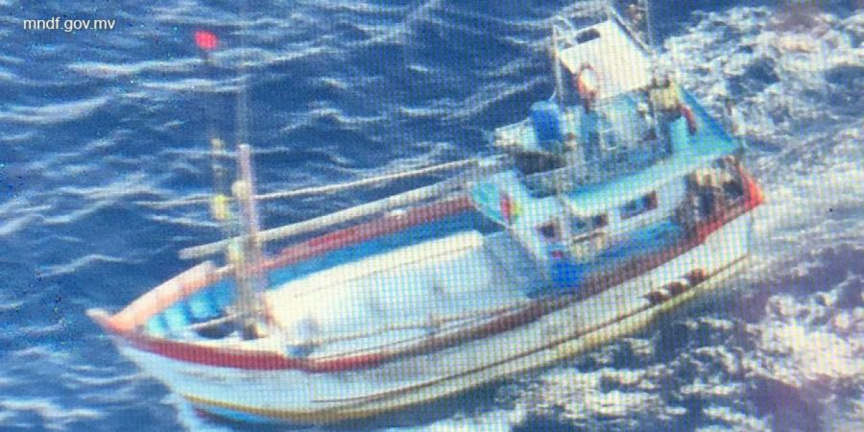 One of the Sri Lankan fishing boats captured from Maldives EEZ during a joint patrol by Maldives and India from July 8-10, 2019. (Photo/MNDF)

27 Sri Lankan fishermen have been held in Maldives for illegal fishing within the Maldives Exclusive Economic Zone (EEZ).

The 27 fishermen were on four fishing boards captured during the joint Dornier surveillance patrols by Maldives and India which was run from July 8 – 10.

The boats were found 140 nautical miles off the coast of V. Fulidhoo.

He said that though the boats weren’t captured in the act of fishing, officers found signs fishing was carried out on board all four boats.

MNDF reports it is completing formalities to hand over the boats to the custody of Maldives Police Service.

Investigation into the case will be carried out by the police.

Elderly woman who fell down airshaft passes away