Imran: Luthfee wasn’t extradited because it hadn’t been a priority to Umar 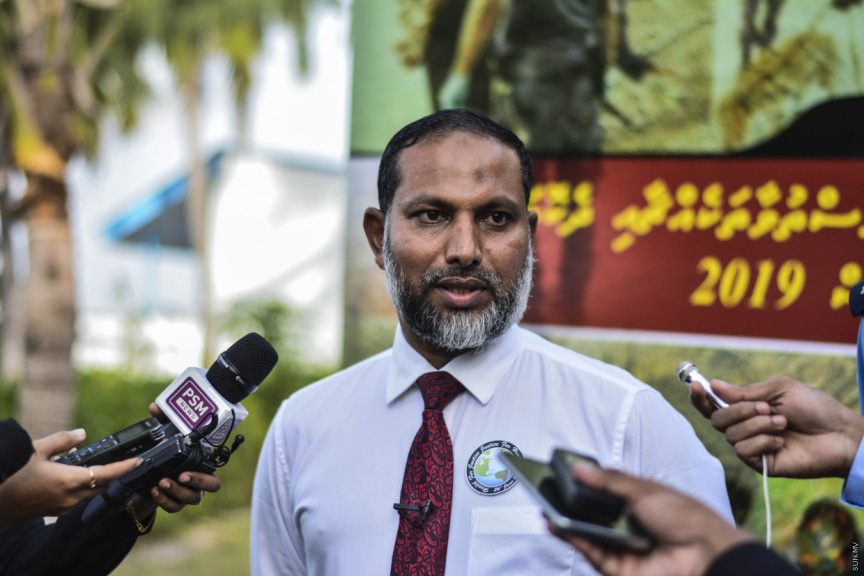 Home Minister Sheikh Imran Abdulla has accused one of his predecessors, Umar Naseer of failing to act up on credible information regarding the whereabouts of November 3, 1988 terror plot mastermind Abdulla Luthfee back in 2014.

He made the accusation at the Parliament this Monday when he was summoned for questioning by Nolhivaram MP Mohamed Nasheed Abdulla regarding the efforts by the current administration to extradite Luthfee, as well as his current location.

Imran said the police received information regarding Luthfee’s location and intercepted several of his communications 2014.

He said that paperwork showed the police followed up on the intelligence, and had come close to securing Luthfee’s extradition at the time.

“I have been informed it fell through due to lack of necessary approval by the then-Home Minister,” said Imran.

Umar Naseer had been serving as Home Minister at the time.

He said that Luthfee’s extradition fell through despite the hard work of the police because it hadn’t been a priority to Umar at the time.

“There are verbal communications between the then-Home Minister and the team. The minister apparently said it wasn’t a top priority to extradite Luthfee to Male’ at the time,” said Imran.

He concluded his statement by saying Luthfee’s extradition, thought it wasn’t prioritized by the former administration, was a top priority to the current administration.

Umar said apprehending and extraditing Luthfee had been a top priority during his time as Home Minister, and that no other minister had done more towards finding out Luthfee’s whereabouts than he.

He said that it was also his efforts to award reward money for intel on Luthfee as well as his efforts to make sure every Sri Lankan police officer had a picture of Luthfee in case he was ever sighted, which resulted in Luthfee having no choice but to surrender to embassy officials during the security sweeps in Sri Lanka.

Imran: Shidhaatha's star is not even close to fading