Umar: None of this ‘drama’ if Luthfee had been given the death penalty 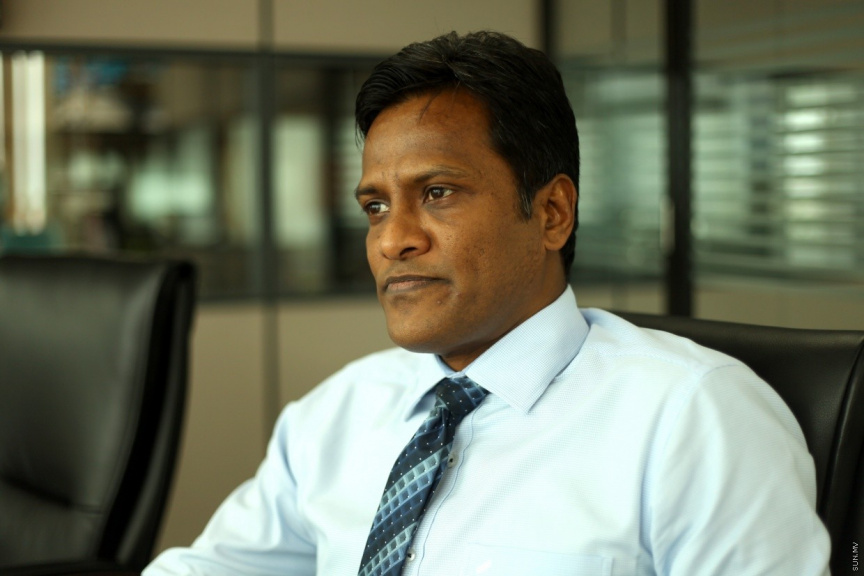 The current ‘drama’ over Abdulla Luthfee – the mastermind behind the terror plot of November 3, 1988 – wouldn’t have unfolded if he had been executed in accordance with the original death sentence against him, says former Home Minister Umar Naseer.

Luthfee was originally sentenced to death for the crime but his sentence was reduced to a life sentence by Maumoon.

The Parliament, this Monday, held a debate on an emergency motion filed over Luthfee’s extradition. Many of the parliamentarians who spoke during the debate waved the finger of blame over lack of previous action to locate and extradite Luthfee despite credible intel on his whereabouts at former Home Minister Umar Naseer.

Umar has issued a statement in response to the accusations.

Umar said that he had been serving in the military when the terror plot took place, and had removed many of the bloody bodies of the people killed in the attack from the streets with his own hands.

“Because of this, I put a lot of effort into finding Luthfee during my time as minister,” he said.

He said that he, during his time as Home Minister, increased the reward money for intel on Luthfee to USD 10,000 and supplied the information to the Sri Lankan police force.

He also said that he asked for assistance from, and sent Sri Lankan police to Nawaloka Hospital when Luthfee was sighted there with former Foreign Minister Ahmed Naseem (Kerafa Naseem). He said that Luthfee had fled the hospital by the time the officers reached the location.

Umar said he also sent a team of covert police operatives to Nugegoda based on intel Luthfee was residing in the area. The covert mission lasted one month, he said.

He said that it had been the USD 10,000 reward money announced during his time as Home Minister, as well as his efforts to make sure every Sri Lankan police officer had a mugshot of Luthfee in case he was ever sighted, which resulted in Luthfee having no choice but to surrender to embassy officials during the security sweeps in Sri Lanka.

“This is the reason why advocate the death penalty to people convicted of murder. This drama wouldn’t have unfolded if Luthfee had been given the death penalty. It would have brought justice to the 19 Maldivian martyrs,” said Umar.

Official confirmation of Luthfee’s surrender had come on June 24, weeks after his surrender, and after the information was reported by press following a tweet by Umar.

Ex-FIU head Athif accountable for lack of action on SOF