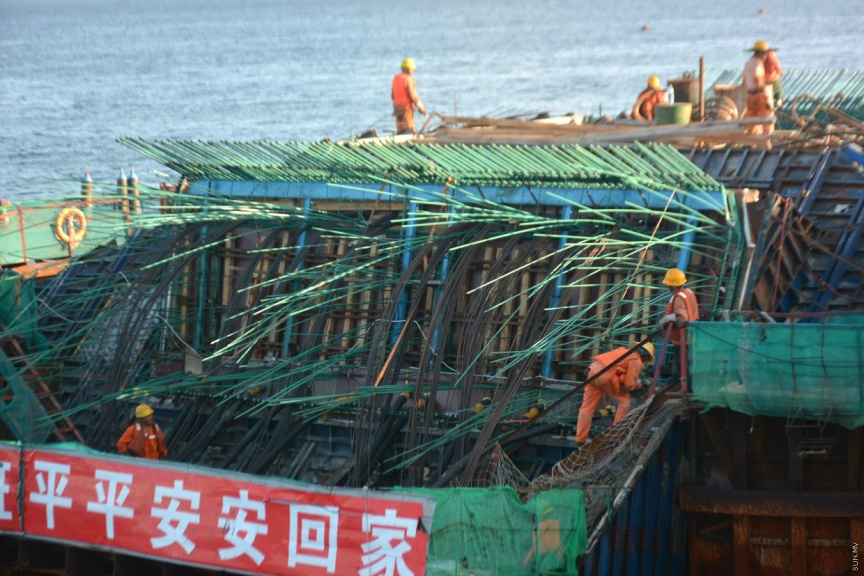 Environmental Protection Agency (EPA) has imposed a fine of nearly MVR 1 million on the National Planning and Infrastructure Development Ministry for failure to clean up the ocean of the iron rods and other construction waste spilled during the Sinamale’ Bridge development project.

EPA said it conducted inspections of the ocean area with assistance from Maldives National Defense Force (MNDF), and found evidence of a large volume of construction waste, including multiple iron rods.

The EPA noted that the Environmental Impact Assessment done for the bridge project specifically stated any waste spillage must be reported, and holds National Planning and Infrastructure Development Ministry accountable for its failure to take action.

The agency has fined the government ministry by MVR 892,500 in accordance with the environmental damage regulation formed under Environment Act, and has instructed it to settle the fine within 30 days.

Following public outrage over failure to clean up the iron rods and other waste from the ocean following the completion of the bridge project, the project’s contractor, China Communications Construction Company (CCCC) announced that it had a plan to clean up the ocean. It is unclear whether the company ever initiated a cleanup program.