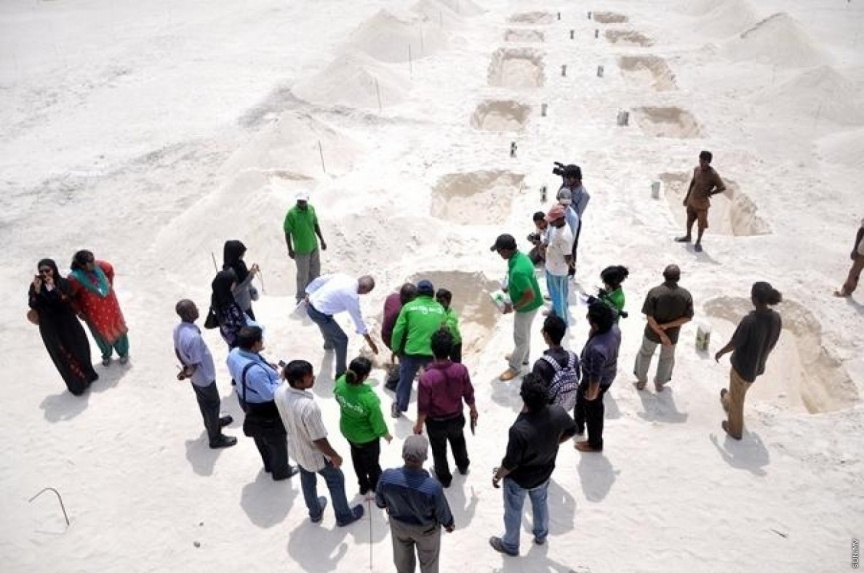 Some people who paid down payment for the Gulhifalhu flats and were promised a flat in Hulhumale' in exchange have passed away waiting for their flats.

Speaking in the “Fala Suruhi” program of RaajjeTV last Monday night, State Minister of Ministry of Housing Ahmed Nasheed stated that some people who paid for the Gulhifalhu flats have passed away. He said that the Ministry is now working with their next of kin to finalize flats for them.

“They would have next of kin. We are trying to find them and hold discussions about finalizing the flats. We guarantee that they will get the flats. However, we have very little time left to do so,” said Nasheed.

Even though the former government promised to provide alternative housing  to those who paid for flats in Gulhifalhu, no work was done towards realizing the promise. Only very few of them received the flats.

A lot of them were promised flats from Arabiyya Gaa-Koshi but were unable to pay the total amount.

“Flats are guaranteed to everyone in these two categories. President Solih has given his word. The Ministry is now finalizing the lists. No one on this list will be removed during this process. We have the list,” said State Minister Nasheed.