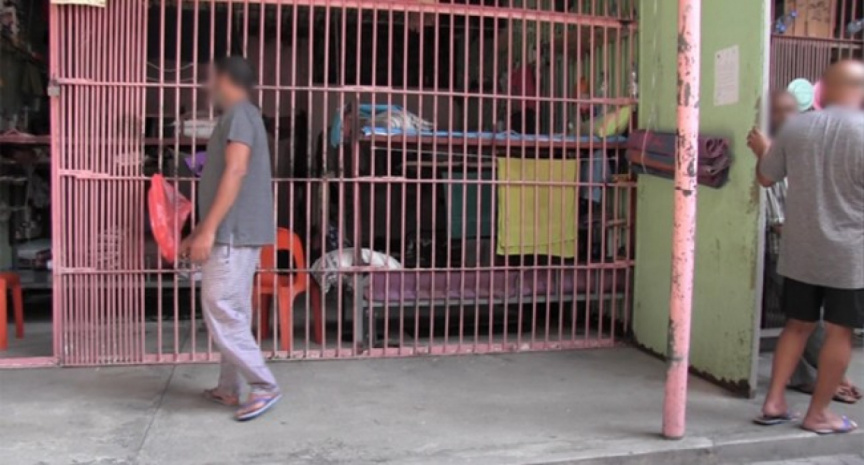 Annex 1 of Male' Prison: The facility was deemed inadequate for human inhabitation and shut down for major renovations on April 15, 2019. (Photo/Maldives Correctional Service)

Annex 1 of Male’ Prison, which was officially closed down for repairs due to conditions deemed “inadequate for human inhabitation” on April 15, is being used to hold detainees for other purposes without any repairs, says Human Rights Commission of Maldives (HRCM) in a statement deemed as “misleading” by Maldives Correctional Service.

The observation was made during a follow-up visit by National Preventive Mechanism (NPM) of HRCM on April 24 and 25.

HRCM, in a statement it issued regarding the visit this Tuesday, said that the purpose of the follow-up visit had been to assess the extent to which recommendations it made following visits to the Male’ Prison in 2011, 2014 and 2017 have been implemented and to identify reasons for lack of implementation of its recommendations.

In a paper produced following its visit in April, HRCM expressed concern the cells at Annex 1 continued to be used to hold detainees “for other purposes”. Concern has also been expressed over the elderly detainees previously held at Annex 1 being transferred to Male’ Prison’s medical ward.

Other concerns highlighted in the paper includes:

MCS says that it has stopped holding detainees at Annex 1. It said that it uses Annex 1 to hold detainees from Maafushi Prison who are transported to Male’ City for court hearing or a duration of one to one-and-a-half hours so it can arrange lunch for them before transporting them back to Maafushi Prison.