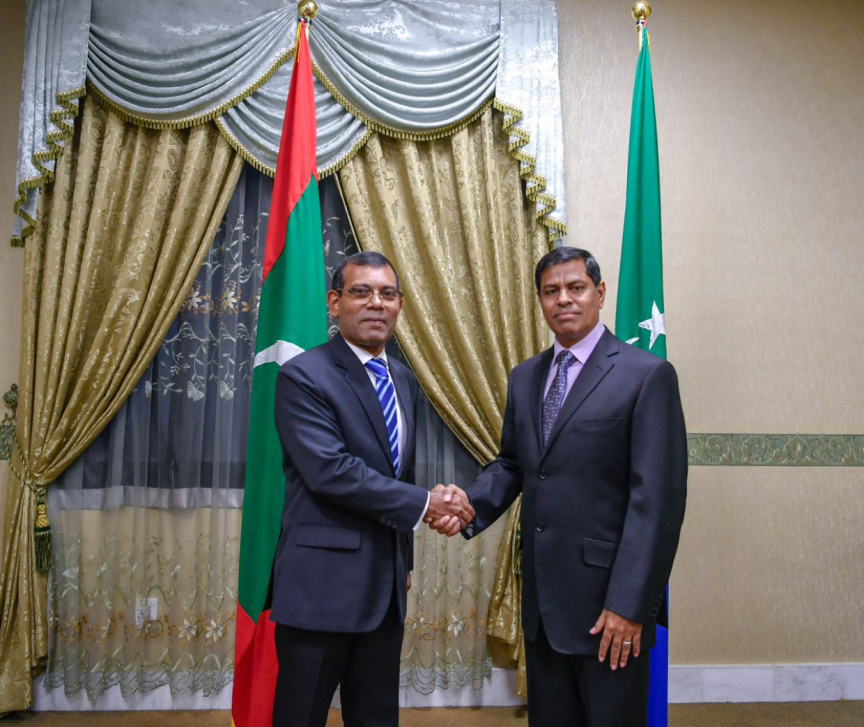 (From L-R) Speaker of Parliament, President Mohamed Nasheed and Guraidhoo MP Ibrahim Riza pose for a picture at the Parliament on June 10, 2019. (Photo/People's Majlis)

Riza had been away in Saudi Arabia on Umrah pilgrimage when the new parliamentarians were sworn in on May 28.

He took his oath of office in front of Speaker of Parliament, President Mohamed Nasheed in a special ceremony held at the Parliament this Monday morning.

A veteran lawyer, Riza had been the parliamentary representative at the Judicial Service Commission (JSC) during the 18th Parliament before he was dismissed following a no-confidence vote on November 24, 2018.

Man who jumped overboard found hiding in a forest