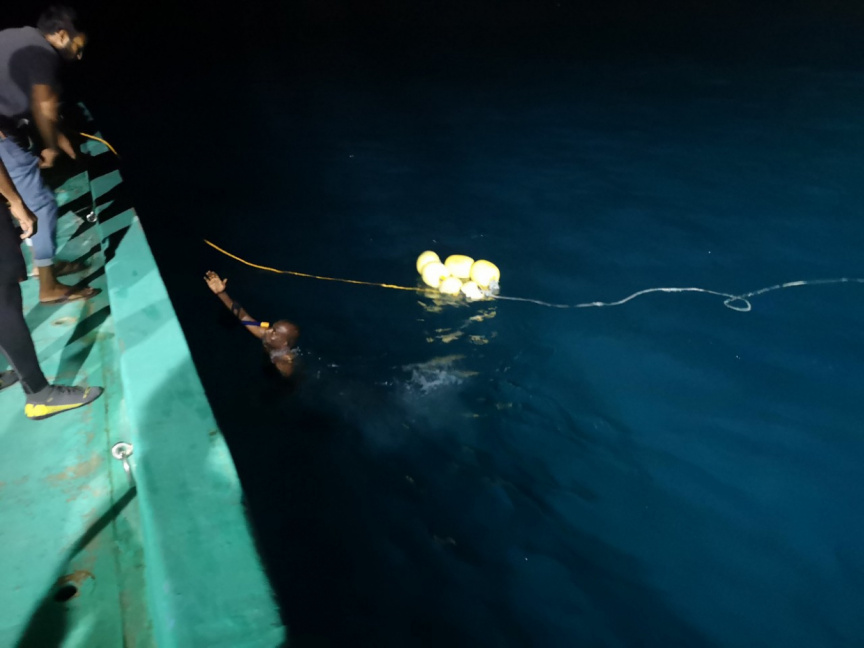 Officers search the waters during the manhunt for the suspect to jumped overboard from a passenger ferry to G. A. Kanduhulhudhoo on June 9, 2019. (Photo/Reader Contribution)

The man who jumped overboard from a passenger ferry to G. A. Kanduhulhudhoo to evade arrest by Maldives Police Service last Sunday night has been found hiding in a forest in an uninhabited island.

Officers had been stationed at Kanduhulhudhoo ready to board the ferry for a search operation based on intel of a drug trafficking plot, when the man jumped overboard.

Maldives Police Service reports it believes the man had jumped overboard in an attempt to evade arrest after he was tipped off to the search operation.

He was found hiding in the forest of G. Dh. Maavarulu – which is being developed as an airport – at approximately 9 am this Monday.

Maldives Police Service reports it received assistance from the airport development project’s workers in locating and arresting the man.

No drugs were found on him when he was taken into custody.