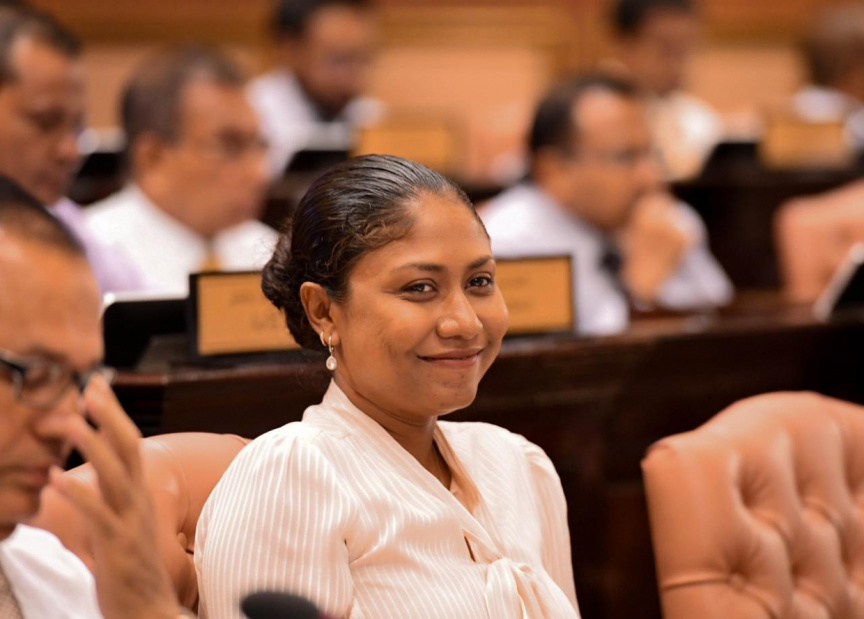 Thulhaadhoo MP Hisaan Hussain has proposed several key amendments to the sunset legislature to empower the Commission on Investigation of Murders and Enforced Disappearances and the Commission on Corruption and Asset Recovery.

The Presidential Commissions Bill was submitted to the Parliament by President Ibrahim Mohamed Solih’s administration in late 2018. It had remained stymied throughout the 18th session of the Parliament in face of opposition by the former ruling party Progressive Party of Maldives (PPM), which had been in power at the Parliament until Maldivian Democratic Party (MDP)’s sweeping victory in the parliamentary elections in April.

The Presidential Commissions Bill was resubmitted to the 19th session of the Parliament – of which MDP enjoys a supermajority – by Alifushi MP Mohamed Rasheed Hussain.

Speaking during the debate on the bill this Monday, MP Hisaan said that the bill should be amended to allow the commissions to effectively utilize the powers it will be granted.

She proposed adding that the commissions must comply with the civil procedures practiced in Maldives when it investigates civil cases.

She also proposed amending the bill to establish the perpetual credibility and legitimacy of all information, evidence and testimony collected by commissions, and the determination of an institution to which all pending work by the commissions must be transferred to if and when the President decides to dissolve the commissions.

“This is absolutely necessary to ensure none of the commission’s work, their resources, and the State’s resources are wasted,” said Hisaan.

The bill also requires courts to clear the cases within 60 days from the day charges are filed.

The commissions will be required to brief the President regarding its investigations every three months.

Breakfast for all schools with a healthier future menu