Breakfast for all schools with a healthier future menu 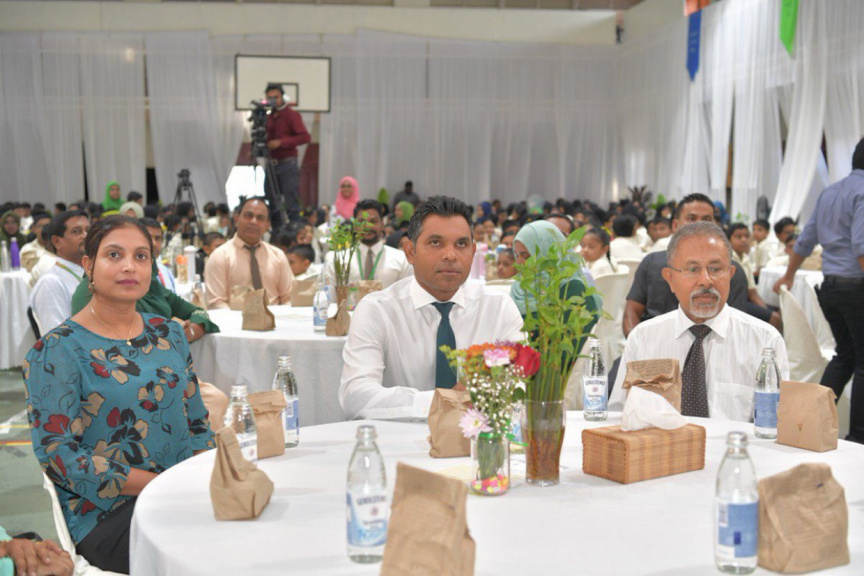 Ceremony held on June 11, to inaugurate the extended breakfast program in all Maldives schools. (Photo/President's Office)

Education Minister Dr. Aishath Ali said that in the future, healthier foods to enhance the children would be added to the breakfast menus of the schools.

Speaking at this Tuesday's ceremony to inaugurate the extended breakfast program in all Maldives schools, Minister Aishath said that while the menu currently has a few products, more will be added in the future.

"In the future, more healthy food will be added to the breakfast menu depending on the experiences we will gain, which can be grown in Maldives and will help the children's growth," the minister said.

Speaking more in the ceremony, Minister mentioned that while breakfast is currently served in the classrooms, the newly built schools will have a kitchen as well as a dining area in the future.

The minister also noted that since the breakfast program began, the students have begun to pay more attention to their lessons.

“Number of students who are late to school has reduced. Students who faint during the morning assembly have fallen. Students visiting the health room for headaches and stomachaches have also decreased. Moreover, the students are learning and adapting good table manners and improving their social skills,” said Minister Aishath.

Minister Aishath stressed that not only will the program benefit parents and students, but it will also assist the islands ' economic growth.

Tax income for May falls short of projections