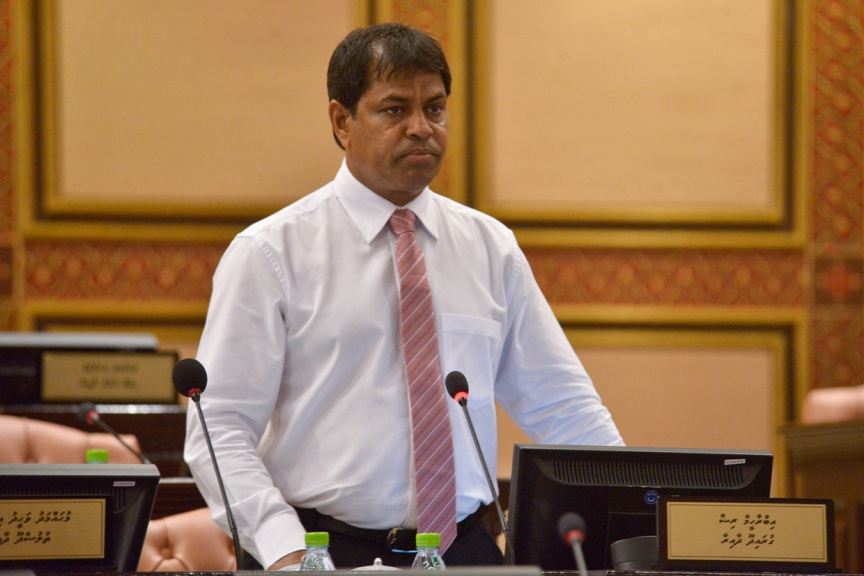 The vote on motion to dismiss Riza from JSC was taken this Monday afternoon.

The motion to dismiss Riza from JSC was submitted by Vaikaradhoo MP Mohamed Nazim on October 31.

“Even though the Constitution obligates counsel to People’s Majlis regarding establishment of judicial justice and other court-related matters, he hasn’t provided counsel to the People’s Majlis regarding major issues with the Maldivian justice system, and in matters citizens, the UN and the international community has pointed out lack of justice and is voicing concern regarding,” said Nazim.

Nazim also said Riza went to courts as attorneys for private clients despite his position as a member of JSC, which Nazim said was unethical.

Riza has been accused of violating proper procedure and justice in investigating and issuing penalties when complaints are filed against judges. And of making use of the opportunities available to him as a member of the ruling political party and JSC to represent State companies for high fees. Nazim said Riza was paid MVR 2.9 million to represent Maldives Ports Limited in a case – which he said was an act of corruption.

The debate on the motion began at the Majlis this Monday morning.

Addressing the Majlis during the debate during the 15 minutes he was allowed to speak on his defense, Riza said the dismissal motion was fueled by a personal agenda and denied the veracity of the accusations against him.

“I, will full honesty, clarify to the Maldivian people that the arguments being made here saying I need to be dismissed from the JSC are baseless, unconstitutional, blatant lies,” said Riza.

He also said that the fact that he continued to practice law even after his appointment to JSC cannot be considered an ethical violation.

“This portrayal of the practice of law as something unethical is laughable,” said Riza.

He said that he will neither resign, nor make any attempt to stop to dismissal motion proceedings at the Majlis.