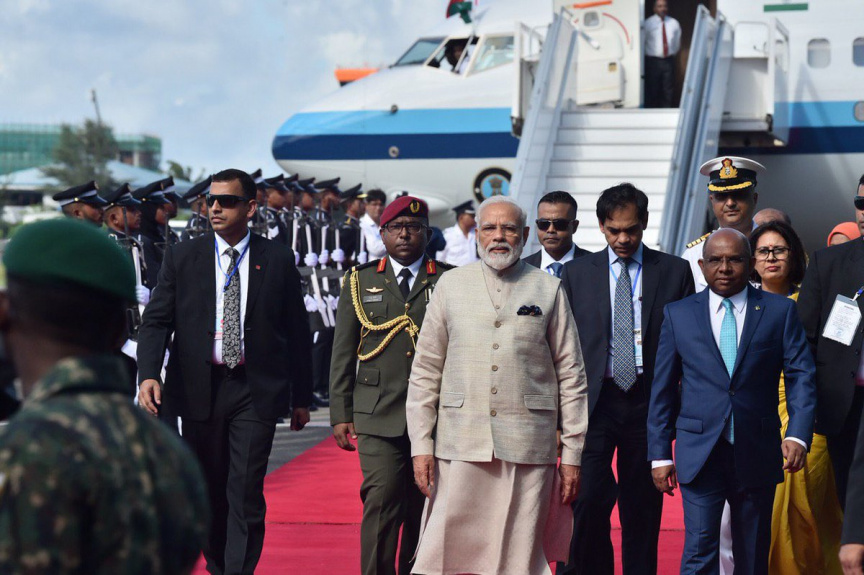 Indian Prime Minister Narendra Modi has arrived in Maldives in his first trip abroad since his party’s victory in the national elections held in India in May.

The official reception to welcome Modi to Maldives will be held at the Republic Square in Male’ City at 3:30 pm.

After the reception, Modi will retire to the President’s Office for his official meeting with Maldivian President Ibrahim Mohamed Solih.

Maldives and India will exchange six key agreements, after which Modi and Solih will deliver a joint press statement.

Modi, after the events scheduled at the President’s Office, will travel to the Parliament where he will meet with Speaker of Parliament, President Mohamed Nasheed.

He is also scheduled to address the Parliament at 6:45 pm.

A banquet hosted by Solih in honor of Modi will be held at Kurumba Island Resort at 9 pm.

According to Ministry of Foreign Affairs, the Indian delegation which accompanies Modi in his trip is made up of 10 government officials and 100 support staff.

Modi’s state visit marks his second visit to Maldives, following his visit to the country to attend President Solih’s inauguration in 2018.

Modi in Dhivehi: Will boost ties in various spheres