Modi in Dhivehi: Will boost cooperation in various spheres 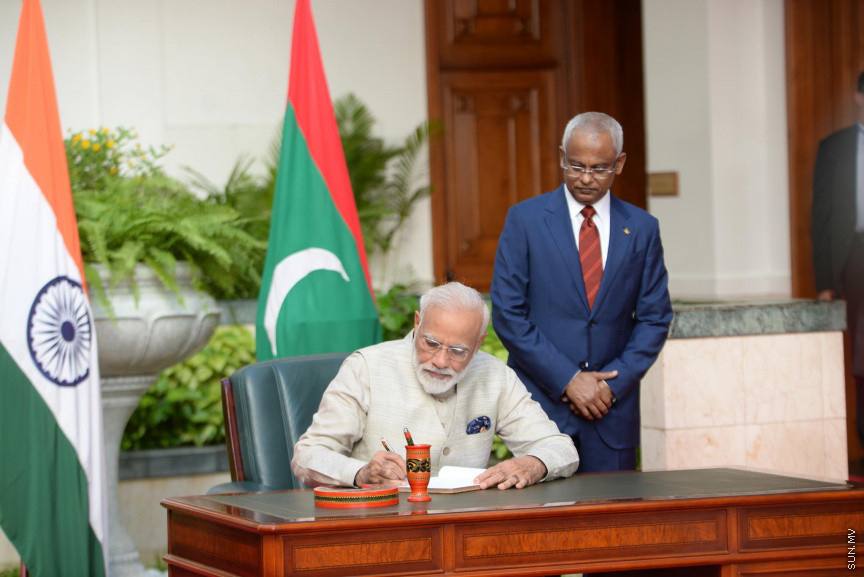 Modi announced his arrival at Velana International Airport in his first state visit since his victory at the national elections this Saturday afternoon in a tweet in the national language of Maldives, Dhivehi.

“This visit, the first visit of my second term, indicates the importance India attaches to strong ties with the Republic of Maldives and the desire to boost cooperation in various spheres,” writes Modi in a short statement he issued in both Dhivehi and English via his official Twitter account,” he added.

The tweet was followed a few seconds later by a second tweet with the same message in English language.

President’s Office has announced Modi will be presented with the the Order of the Rule of Izzudeen – the highest honor bestowed upon an individual by the State of Maldives, “in recognition of his services to cement the longstanding, amicable ties between Maldives and India, and for the magnanimous assistance that the Indian government has continued to provide Maldives under Modi’s stewardship”.

PM Modi presented with Order of the Rule of Izzudeen