Fuel on wrecked FSM oil tanker being transferred to another ship 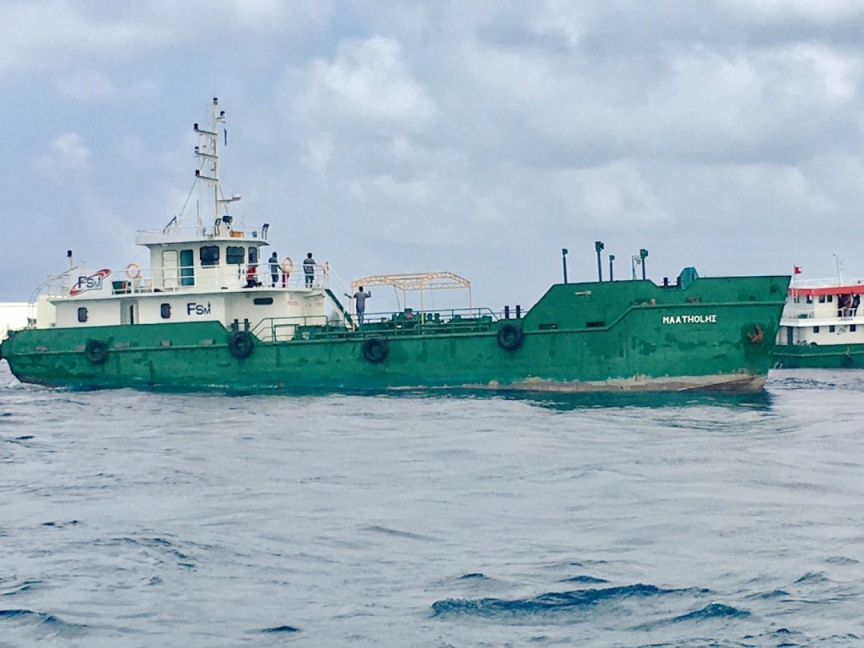 FSM oil tanker, Maatholhi: The tanker wrecked off the coast of K. Kaashidhoo on May 29, 2019. (Photo/FSM)

Authorities have begun transferring all the petroleum products on board the oil tanker - which lays wrecked off the coast of K. Kaashidhoo – to an oil barge.

Fuel Supplies Maldives (FSM)’s oil tanker, Maatholhi, was travelling from Male’ City to Kaashidhoo when it wrecked off the coast of its destination at approximately 6:20 pm last Wednesday.

FSM reports it is using one of its tugboats, and a tugboat by Maldives Ports Limited (MPL) to move the tanker off the reef with the assistance of the Coastguard.

The Coastguard reports the tanker had 27,000 liters of petrol and 180,000 liters of diesel, as well as six crew members on board when it wrecked.

Coastguard reports the tanker was not damaged in the incident, and that there is no risk of an oil spill.