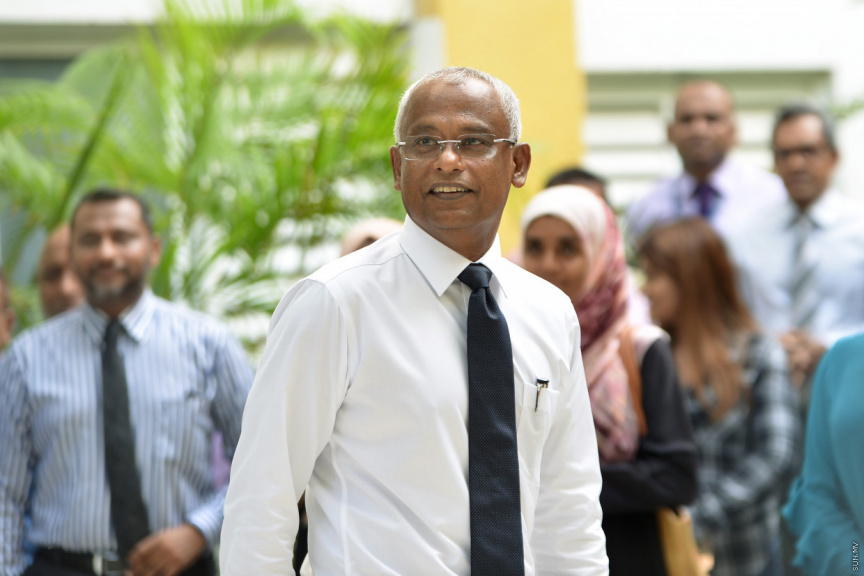 President Ibrahim Mohamed Solih has appealed to all relevant State agencies to implement the new regulation on packaging and labeling of tobacco products – which came to effect this Friday – to its fullest.

The new regulation bans sale of single cigarettes and makes it compulsory for the graphic health warning labels on cigarette packs to be larger.

The regulation came to effect this Friday, coinciding with World No Tobacco Day.

In his public address on occasion of World No Tobacco Day, President Solih said that the purpose of marking World No Tobacco Day was to raise awareness on the harmful effects of tobacco, and for State agencies and non-governmental organizations to work together to produce and implement policies to control tobacco.

The focus of World No Tobacco Day 2019 is "tobacco and lung health”. The campaign is aimed at raising awareness on the fundamental role lungs play for the health and wellbeing of people, and the negative impact tobacco has on people’s lung health - from cancer to chronic respiratory disease.

President Solih said that Maldives made history when it published and implemented the new regulation on packaging and labeling of tobacco products this Friday.

“With the implementation of the regulation on packaging and labeling of tobacco products today, the sale of separate cigarettes and beedis is now banned. And import and sale of tobacco products without the graphic health warning label will also be banned, after a certain period,” he said.

The President stressed that the full implementation of the new regulation was essential to ensuring the health and wellbeing of every citizen, and ensure they live a happy and productive life.

He also urged for all stakeholders – both State and non-governmental - to collaborate together across multiple sectors to protect the people of Maldives from the harmful effects of tobacco.

“Why don’t we, to make Maldives an island nation free from tobacco where a happy and healthy people live, make today the day we bid adieu to tobacco?” encouraged President Solih.