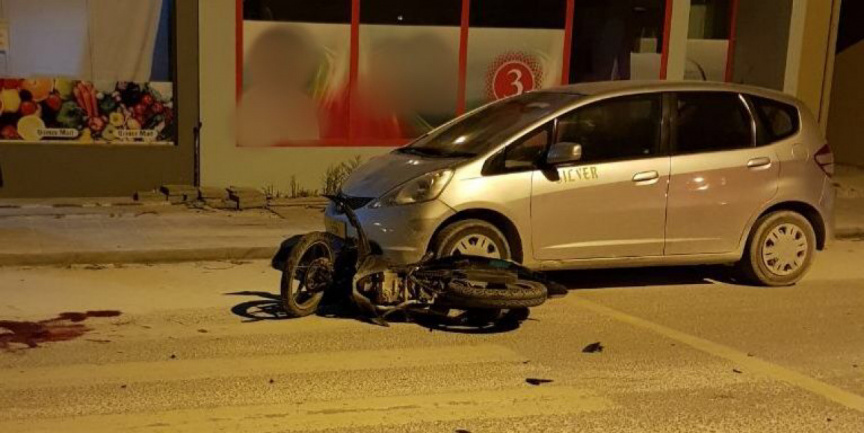 The car and the motorcycle involved in the traffic collision in Hithadhoo, Addu City, on May 18, 2019. (Photo/Maldives Police Service)

A collision between a car and a motorcycle in the early hours of this Saturday in Hithadhoo, Addu City, has left a 25-year-old man in critical condition, reports Maldives Police Service.

Maldives Police Service says the collision was reported to the agency at 2:42 am.

Both men involved in the collision have a valid driver’s license.

The list of injuries of the motorcyclist includes a broken leg and a head injury, in addition to other injuries.

Arrangements are being made to transport him to Male’ City for further treatment.

Aslam: President Solih will support me