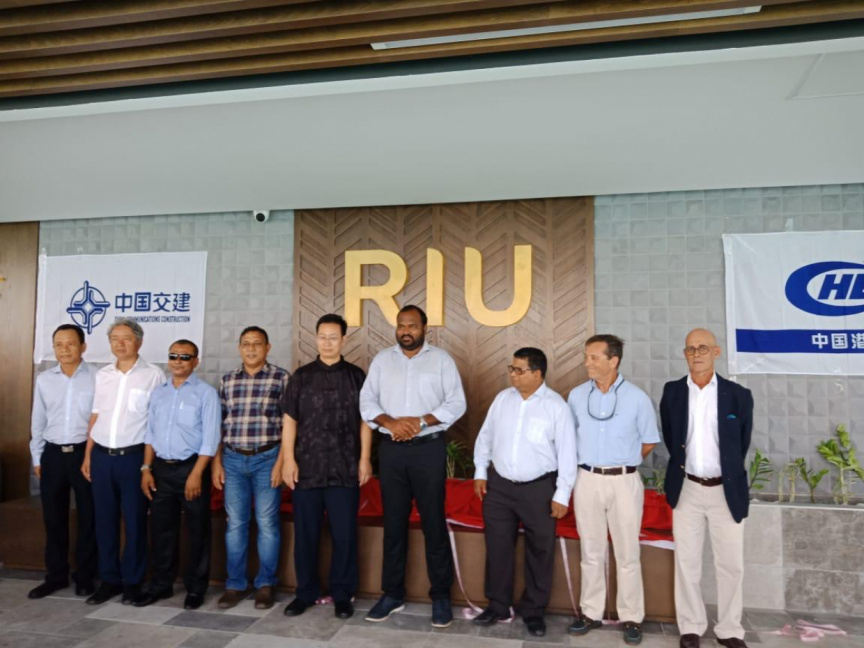 Inauguration of RIU Hotels & Resorts' RIU Atoll and RIU Palace Maldives on May 17, 2019. (Photo/Ministry of Tourism)

The two resorts, developed on neighboring islands Dh. Maafushi and Dh. Kedhigandu, are connected to each other via the walkway to the water bungalows.

The two resorts lie approximately 2 kilometers away from Dh. Kudahuvadhoo.

Today is the opening of our hotels in Maldives and we have the first pictures! A true paradise! ????#itsRIUtime #Maldives pic.twitter.com/N6y5bIpBoA

Construction of the two resorts was carried out by China Communications Construction Company Limited (CCCC) – the same company which constructed the Sinamale’ Bridge.