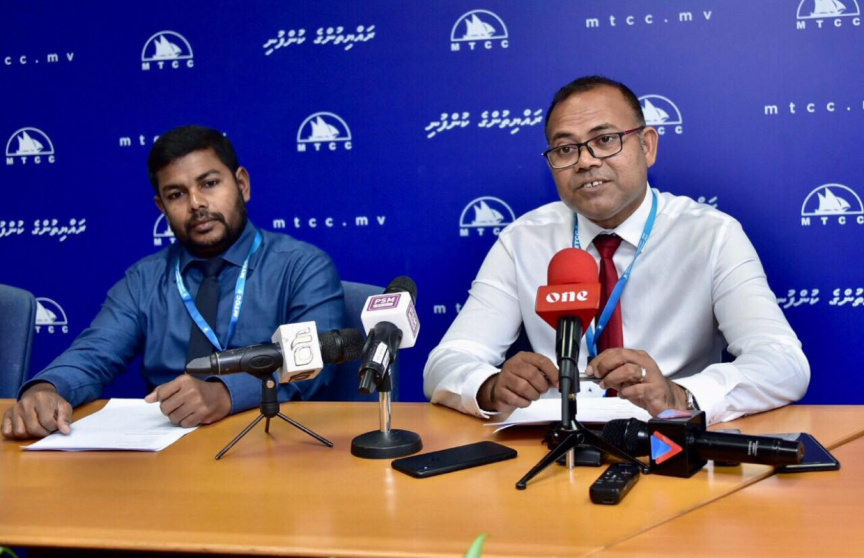 Maldives Transport and Contracting Company (MTCC) says it estimates it debt to be at MVR 600 million.

Speaking at a press conference this Sunday, MTCC’s CEO, Hassan Shah said that the company did not have any significant projects to carry forward at the end of 2018, which had resulted in an adverse effect on the company’s financial performance.

“By the end of 2018, the company did not have a significant project which it was able to carry forward. The projects that remained were idle,” said Shah.

Shah said the company has now re-negotiated the terms of its idle contracts and re-started the projects.

He also said the company has yet to receive MVR 300 million in payments for its projects.

The reduction in MTCC’s profits had led to the Board deciding not to issue any dividend this year.

However, MTCC’s financial performance to improve this year, said Shah.

“Given the cash flow situation, the Board of Directors decided not to issue any dividend. We project we will generate profit in the next quarter. We have 24 ongoing projects. We have discussed the company’s situation with the President’s Office and relevant government ministries,” said Shah.

He said that the company has experienced an increase contracts for State projects as a result of the discussions.

13 of the 24 projects by MTCC this year are now complete.

MTCC has long since voiced concern that it has been running its public transport services at a loss.

Shah said the company has received indication the government is willing to award a direct subsidy for its public transport services.