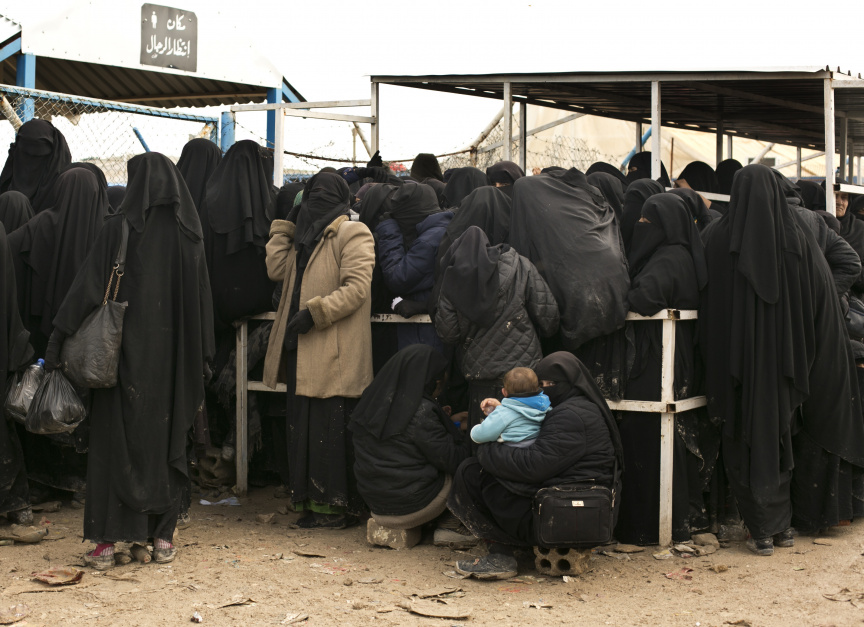 Over 30 Maldivians living in dire conditions at refugee camps and detention facilities in Syria have requested return home to Maldives.

National Counter-Terrorism Center (NCTC) had previously confirmed that several Maldivians who had travelled to Syria to serve as foreign fighters for militant groups were requesting return home to Maldives, but declined to disclose details.

“Sun” has been informed through a reliable source that the requests are coming in from families of Maldivian women at the Al-Hawl refugee camp near the Syria/Iraq border.

Most of the women had travelled to Syria with their husbands, who died during fighting, and later married other fighters and bore children during the war.

“They have contacted their families and said they are living in dire conditions, and pleaded to return home. And the families have therefore made appeals on behalf of them.

There are over 74,000 people from 48 nationalities living in Al-Hawl refugee camp. The camp is overcrowded and facing shortage of water and food, leading to infant mortalities.

A government official has confirmed that there are Maldivian women living in dire conditions at the refugee camp, and confirmed the government is engaged in discussions to secure their return home to Maldives.

The official, however, was not privy to details regarding the discussions.

Al-Hawl refugee camp also has several Maldivian men and Maldivian children as young as three-five years living at the camp.

There are more Maldivians living in other refugee camps in Syria.

NCTC says approximately 60 Maldivians travelled to Syria, some of whom have since died.

The biggest challenge which faces the Maldivian government in securing there return home is their lack of official documentation. The government official said that the Maldivians were spread across refugee camps run by different organizations, which stipulate different conditions for the release of the people living at the camps.