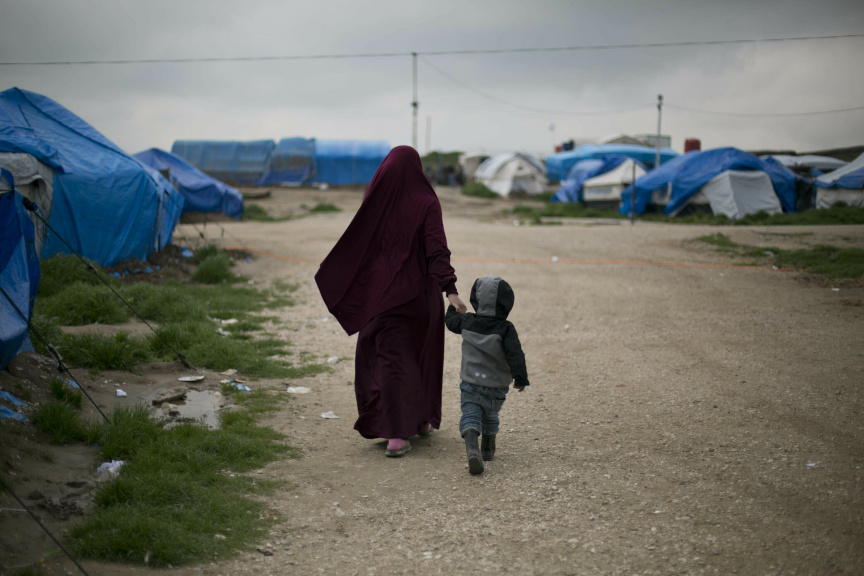 In this March 27, 2019, photo, a female ISIS operative walks with her son at Camp Roj in north Syria. (AP Photo/Maya Alleruzzo)

A young Maldivian woman of 23 years of age who rose the ranks of terrorist organization, ISIS, to become a senior fighter is currently jailed in a detention facility along with thousands of other female operatives in Syria, reveals a report published by The New Yorker.

The report takes note that women worked for ISIS in roles ranging from suicide bombers, spies, morality police and assassins.

They were also among “the most brutal enforcers”, according to a report by the International Center for the Study of Violent Extremism.

ISIS had all-female units; al-Khansa Battalion - made up largely of foreign women from Europe; Aumahat al-Moaminin Battalion - led by Iraqi women; and the most lethal unit - the special-operations battalion named after the Prophet Mohamed’s first wife, Khadija bint Khuwaylid.

New Yorker reports that one of the members of the most lethal unit is Mariam Naseer, a 23-year-old woman from Maldives.

It says that she has two children from two husbands, and that her first husband was killed and that the second husband was captured.

She also acknowledged that she received military training from ISIS.

“Every man carried a gun. Every woman, too,” she told the reporter from New Yorker.

“Sun” is able to verify that the woman in question is a resident of Hithadhoo, Addu City who travelled to Syria with her first husband, Faris Zuhair three years ago.

Faris had died amid fighting in Syria, and Mariyam Naseer was soon married off to another ISIS operative.

The Maldivian government reports there are currently 60 Maldivians operating in Syria as foreign fighters for terrorist organizations; some of them women and children.

Many have died in Syria and many have asked for the Maldivian government’s assistance to return home to Maldives.