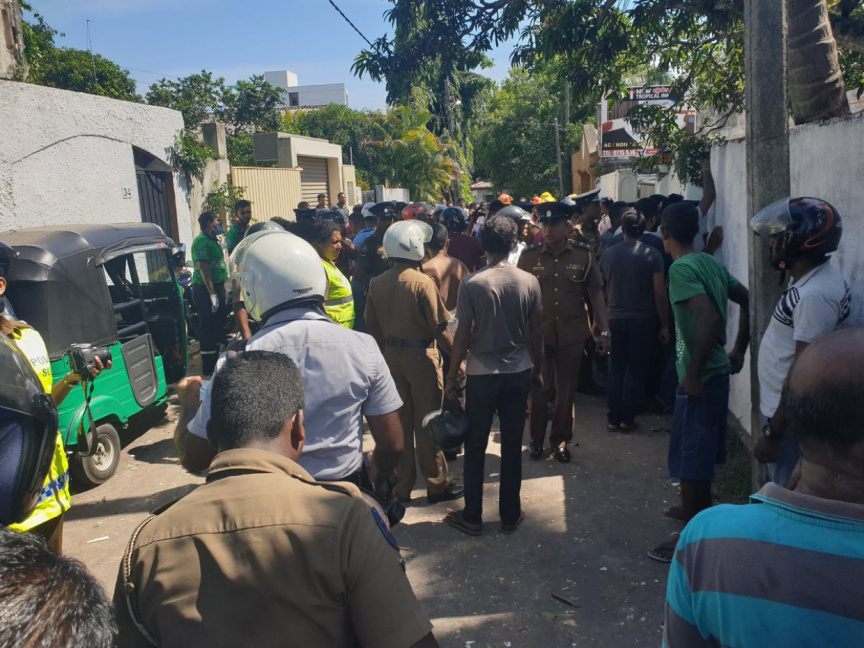 Crowd gathered outside the location of a bombing in Dehiwala, Sri Lanka on April 21, 2019. (Photo/BBC)

Explosions rocked Sri Lanka from morning to afternoon, hitting eight locations – including Dehiwala – which hosts a large population of Maldivians.

Sri Lanka originally declared a curfew from 6 pm this Sunday to 6 am next Monday, but later announced the curfew is indefinite and in immediate effect.

The country has also declared Sunday to Tuesday as a public holiday.

Maldivian Ambassador to Sri Lanka, Umar Abdul Razzaq says there have been no reports of harm to any Maldivian citizen so far.

He has urged all Maldivians in Sri Lanka to stay indoors.

The death toll from the terror attack in Sri Lanka has risen to 187, while over 450 are reported injured.

President to send an envoy to Sri Lanka