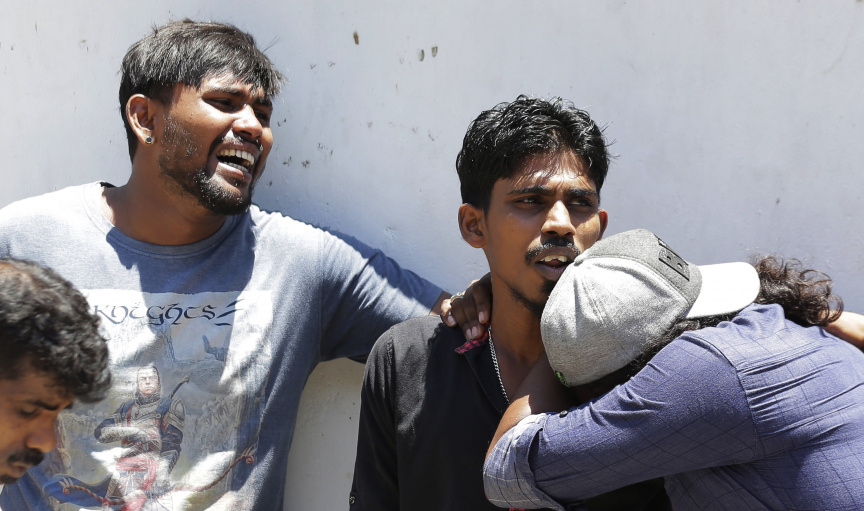 Relatives of people killed in bomb blasts mourn as they wait outside mortuary of a hospital in Colombo, Sri Lanka, Sunday, April 21, 2019. (AP Photo/Eranga Jayawardena)

A bombing has been reported from Dehiwala in Sri Lanka – an area heavily populated by Maldivian citizens.

This is the seventh explosion reported from Sri Lanka this Sunday.

185 are reported dead and 450 reported injured in the bombings.

Maldivian Ambassador Umar Abdul Razzaq, in an interview to RaajjeTV this Sunday afternoon, confirmed the seventh bombing, but said no Maldivian citizen was injured in the bombing.

Umar said the Maldivian Embassy was keeping a close eye on the situation, and repeated his call for Maldivians to stay indoors.