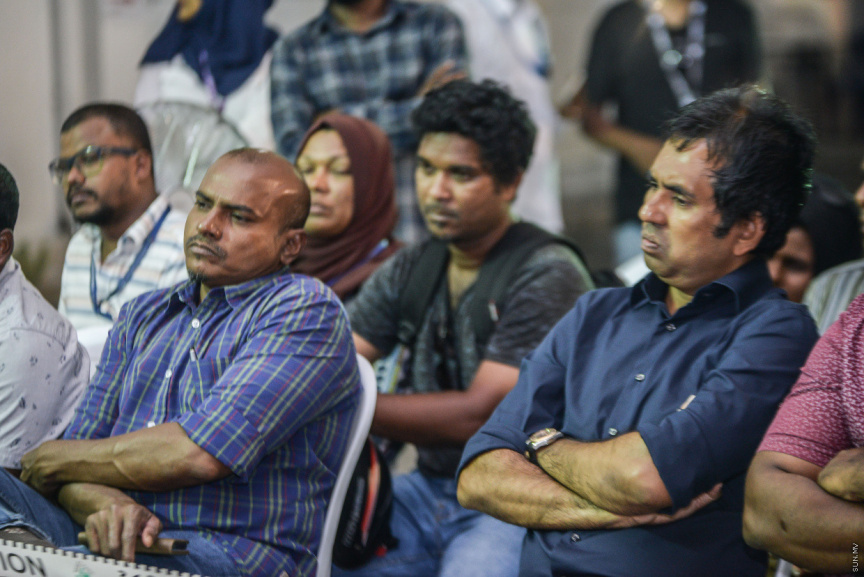 PNC and MDP candidates Ahmed Saeed and Ibrahim Falah who ran for the Maavashu constituency seat in the PArliamentary Elections of 2019. (Photo/Sun/Fayaz Moosa)

Election commission has decided to recount 74 ballot boxes of the Parliamentary elections held last Saturday, on account of complaints received to the government.

The ballot of Maavashu constituency from boxes in L. Kunahandhoo, N. Kendhikulhudhoo, Male’ and Hulhumale’ and three ballot boxes of Maamingili Constituency in A. Dh. Maamigilli were recounted, this Tuesday night.

The recount of Maavashu constituency ballot boxes resulted in MDP's Ibrahim Falah getting an additional vote while PNC’s Ahmed Saeed's results remained firm, bringing the difference to five ballots – 353 votes for Saeed and 848 votes for Falah.

Incumbent MP for Maavashu constituency, Ahmed Azhan Fahmy who got 650 votes on Saturday, won one additional vote after Tuesday night's recount. The outgoing MP from Jumhoory Party ended up third in the race.

The recount of Maamingilli constituency ballot boxes resulted in Qasim Ibrahim getting additional 64 votes and MDP’s Ali Ameez gaining additional 45 votes. The interim result shows the difference of ballots between Qasim and Ameez as 99 votes.

In addition to the boxes mentioned above, 4 ballot boxes of R. Maduvvari constituency. Interim results of Saturday’s elections show PNC candidate and former Defense Minister Adam Shareef as the candidate with the most number of votes.