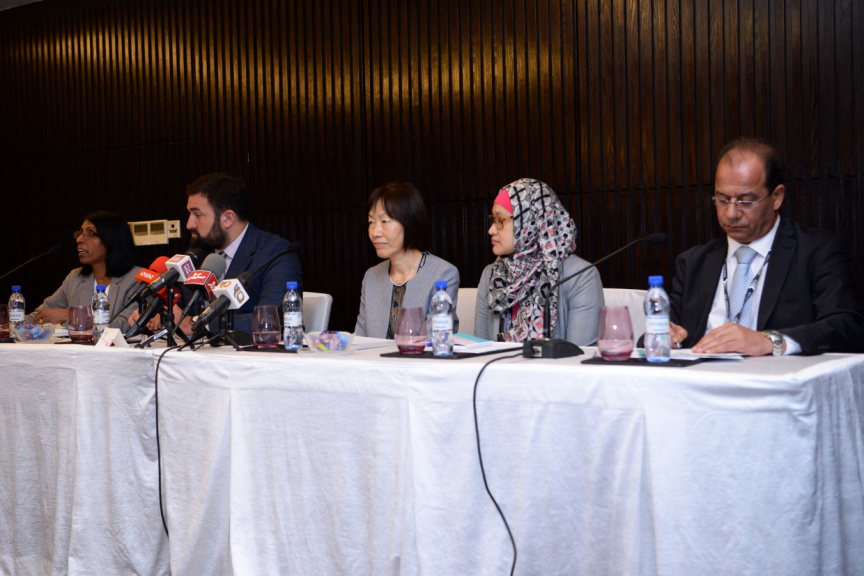 Foreign observers who traveled to Maldives to observe the Parliamentary Election held last Saturday offered praise to electoral officials on on holding a peaceful election.

Observers from Georgia, Japan, Philippine, Jordan and Asian Network for free Elections (ANFREL) held a press conference this Monday to share their observations of the election.

“We noticed how much effort and time was spent by EC to hold a fair and peaceful election,” stated Kalandarishvili.

Kalandarishvili also showed his approval for extending the polling time due to the heat.

Executive Manager of ANFREL Chandanie Watawala stated that officials and heads of EC showed a lot of professionalism in the election. She said that the transparency of the election was shown by making the voter lists and statistics public.

Watawala also highlighted that the number of invalid votes were low in the areas they observed.  She said that this shows how aware the public is.

Speaking on behalf of the team from Philippines, Head of International Audit of Philippines Elections Commission stated that the polling was conducted transparently in a peaceful environment.

The delegates who observed polling stations in H. Dh Hanimaadhoo congratulated EC for a successful election.

Delegates from Jordan observed polling stations in Male’ City and B. Dharavandhoo. Commissioner of Jordan Election Commission Faisal Al Shabul also commented about the transparency of the election and congratulated EC for a successful election.

Official from the Japanese delegation also commented the election was fair and transparent. They stated compliments on displaying the statistics on the control central system of EC.

Japanese delegates had observed the polling stations in Male’ Area.

Even though the observes have generally favorable reviews, they also made recommendation for further improvements.

Delegate from Jordan, Kalandarishvili stated that the mandate was too small. He said that they only got to observe the polling and the vote counting. He highlighted that they did not get the chance to observe post-election and pre-election.

Supporting the point of Kalandarishvili, the Japanese delegate said that there was always space to make the elections better and strong.

Watawala also highlighted that she hopes to get the chance to observe more stages of the elections held in the future. She also said that the voter registration process needed improvement.

Delegates from Commonwealth, EU, Libya and foreign medias were also dispatched to observe the election, in addition to those in the press conference this Monday.

President of Elections Commission Ahmed Shareef stated last Sunday that  voter turnout in the elections held last Saturday was the highest voter turnout ever in a parliamentary election in Maldives.

Total 212,079 Maldivian citizens exercised their constitutional right to vote in last Saturday’s election – making up for 80.2 percent of the total number of eligible voters which was 264,442.

Half of current MPs fail at their re-election bid