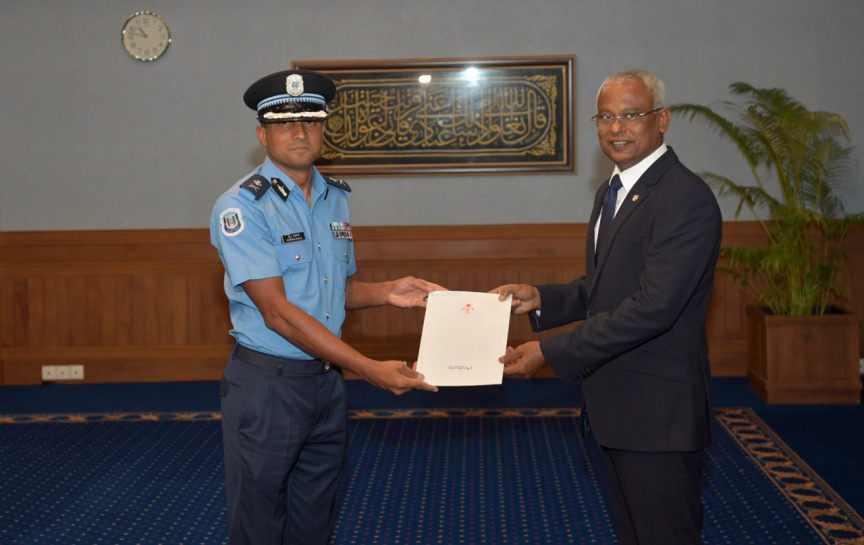 Mohamed Hameed (MC Hameed) (L) receives his letter of appointment as Commissioner of Police from President Ibrahim Mohamed Solih (R) in a function held at the President's Office on March 26, 2019. (Photo/President's Office)

President Ibrahim Mohamed Solih appointed Hameed to the post of CP under Article 52 (b) of the Police Act in a function held at the President’s Office this Tuesday morning.

Hameed was working as Head of Intelligence when he was dismissed from the Maldives Police Service for leaking classified information in 2012.

He had won a wrongful termination suit at the Civil Court, but the ruling was overturned by the High Court which sided with the State.

His first attempt to appeal the verdict was rejected by the Supreme Court, but the court accepted the case when he filed an appeal a second time and ruled in favor of the original Civil Court verdict and overruled the High Court verdict on December 2, 2018.

He was reinstated to the MPS, and appointed ACP and Head of Intelligence on December 4, 2018.

'We continue to draw inspiration, courage from Nov. 3'