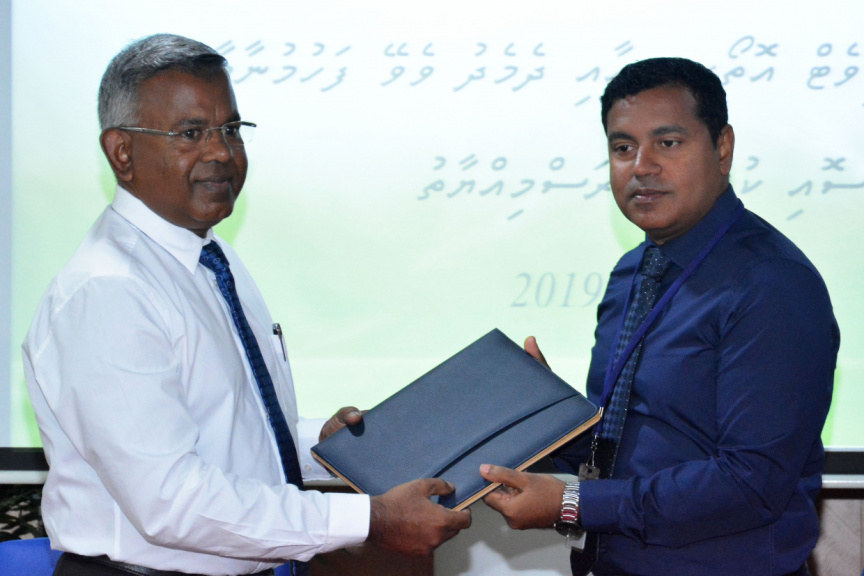 An agreement has been signed between Technical and Vocational Education and  Training Authority (TVET) and State Electronic Company Limited (STELCO) to train technical staff at STELCO.

In an event held at the STELCO this Sunday morning, Managing Director of STELCO, Hassan Muqnee and State Minister of Ministry of Higher Education, Mohamed Hashim signed the agreement as representatives from both the parties involved.

"This is an opportunity to train technical staff according to the policies of the government," said Muqnee.

With the inauguration of Certificate Level Three in Electrician, more than 100 technicians would be trained within the next two years.

Training programs will be conducted by licensed trainers and employers to a standard accepted by the government, under the supervision of technicians from STELCO.

Hashim also said that the staff of STELCO needs to be trained and educated in sustainable energy.