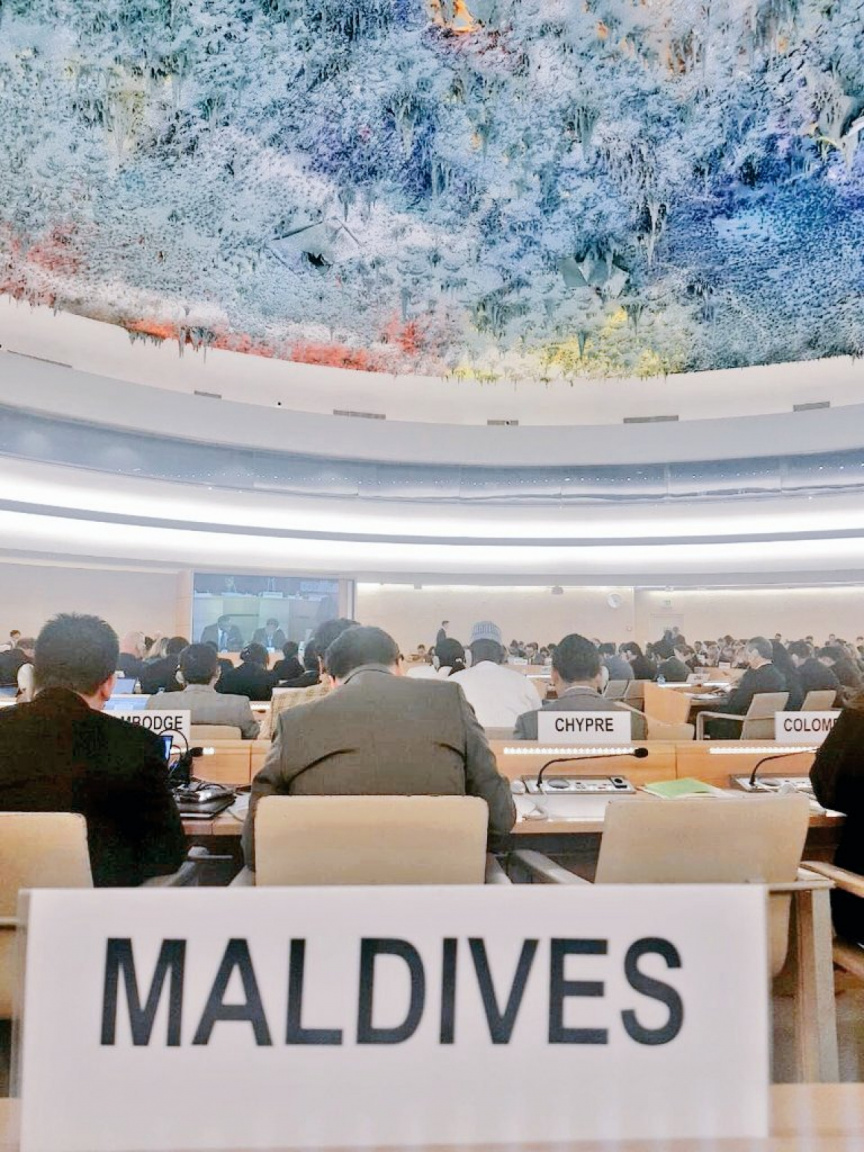 Maldives delegation actively contributed to the four week session that started on 25th February 2019 and delivered, 21 formal statements and actively participated in the negotiation of the 29 resolutions adopted during the session.

Delegations of Maldives also participated in both formal and informal engagements on the side lines of the Human Rights Council, and co-hosted a reception with Permanent Mission of Netherlands, United Kingdom and Universal Rights Group to celebrate the beneficiaries of the SIDS/LDS Trust Fund attending the 40th Session of the Human Rights Council.