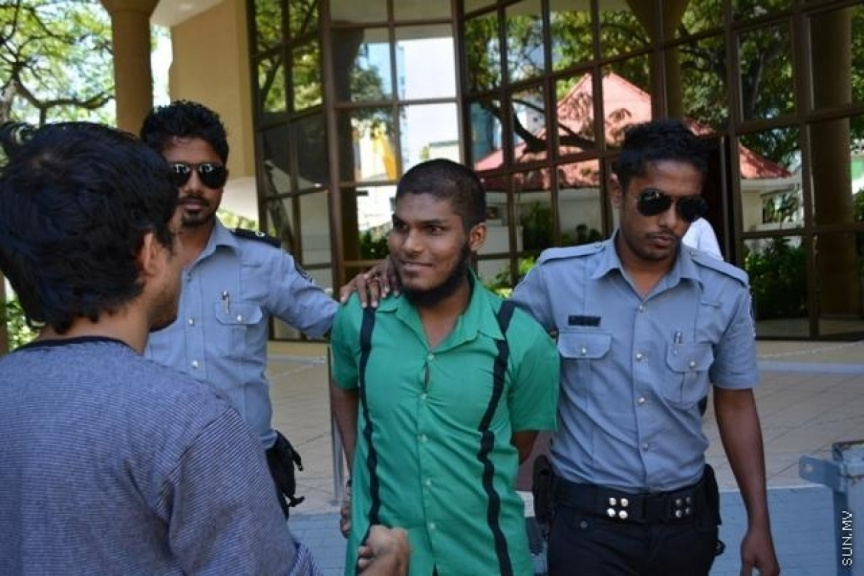 Humam was sentenced to death for the high-profile murder of politician and Islamic scholar Dr. Afrasheem Ali in 2012.

Shaheed has shared documents from UNHRC dated March 13, 2019 and called for President Ibrahim Mohamed Solih to comply with the interim order issued by the council and immediately halt the application of the death penalty on Humam.

President @ibusolih pledged to “speed up cases before HRC & UNWGAD”. Now he must live up to his word & speed up implementing HRC ruling. pic.twitter.com/X2mBLHa589

He shared the document, which referred to the International Covenant on Civil and Political Rights via his official Twitter last Friday night.

The UNHRC found Humam was denied his rights under the treaty and denied a fair trial.

“In accordance with article 2 (3)(a) of the Covenant, the State party is under an obligation to provide Mr. Humam with an effective remedy. This requires it to make full reparation to individuals whose Covenant rights have been violated. Accordingly, the State party is obligated to, inter alia (a) take immediate steps to quash Mr. Humam’s conviction and sentence and immediately release him, (b) if appropriate, order a retrial of Mr. Humam’s case, ensuring that the proceedings comply with all fair trial guarantees in accordance with the obligations under articles 6 and 14 of the Covenant, including conducting a psychiatric assessment to ensure that Mr. Humam is competent to stand trial; and (c) provide Mr. Humam with adequate compensation,” reads the document.

The UNHRC, in its interim order, stress to the Maldivian government that it may not impose the death penalty on an individual with serious psycho-social and intellectual disabilities, or execute any individual with a diminished ability to understand the reason for their sentence.

The council has instructed the Maldivian government to inform it of measures it takes to comply with the interim order within 180 days.

Dr. Afrasheem was found brutally murdered on the stairwell of his residence, H. Funvillu, on October 2, 2012.

Maldives Police Service originally arrested multiple suspects in the case, but only Humam and Ali Shan from H. Hicoast stood trial. Shan was exonerated by the Criminal Court while Humam was sentenced to death for the murder – a sentence later upheld by the Supreme Court upon appeal.

The murder of Dr. Afrasheem is one of the most high-profile murder cases to take place in recent Maldivian history. And the case is currently under investigation by the Commission on Investigation of Murders and Enforced Disappearances.