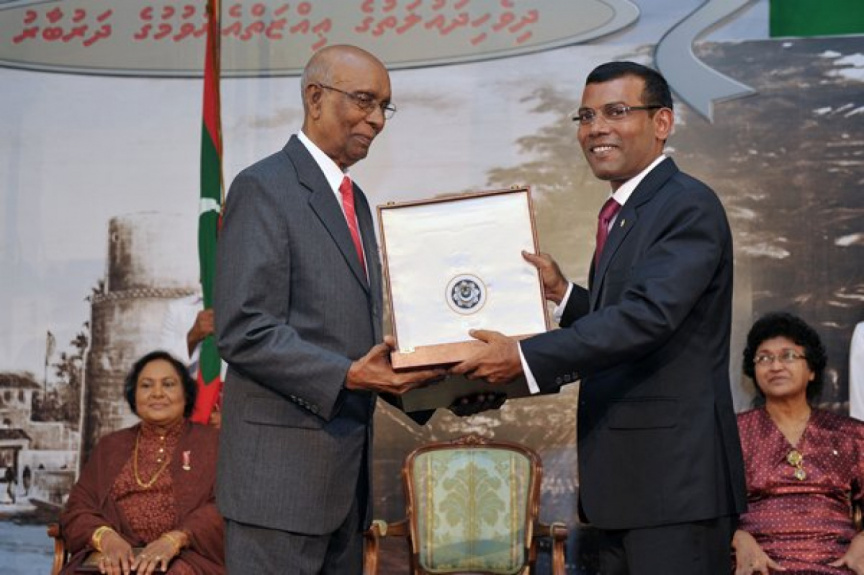 Retired statesman and recipient of the Order of Nishan Izzuddin, Mohamed Zahir, son of Medhuganduvaru Dhoshee Manippulhu has passed away.

Mohamed Zahir served the State for an uninterrupted 63 years before retiring.

President Ibrahim Mohamed Solih has issued a statement expressing sadness at his death.

He described Mohamed Zahir as “an exemplary loyal and honest serviceman to every Head of State during his time.

Mohamed Zahir began his career of service to the State on August 5, 1942. Some of his most prominent posts include; Special Secretary to the Prime Minister, Secretary to the Cabinet, Head of Telecommunications Department, and Head of Customs.

Mohamed Zahir served for the longest tenure at Customs with 17 years of service as Head of the agency.

He also served at the Parliament as representative for Fuvahmulah, Lh. Atoll, and Th. Atoll.

Mohamed Zahir was honored for his service with the Order of Nishan Izzuddin, and recipient of the honor awarded under Civil Service Act to retirees who provided more than 50 years of service to the State.

3 arrested from private car for possession of drugs