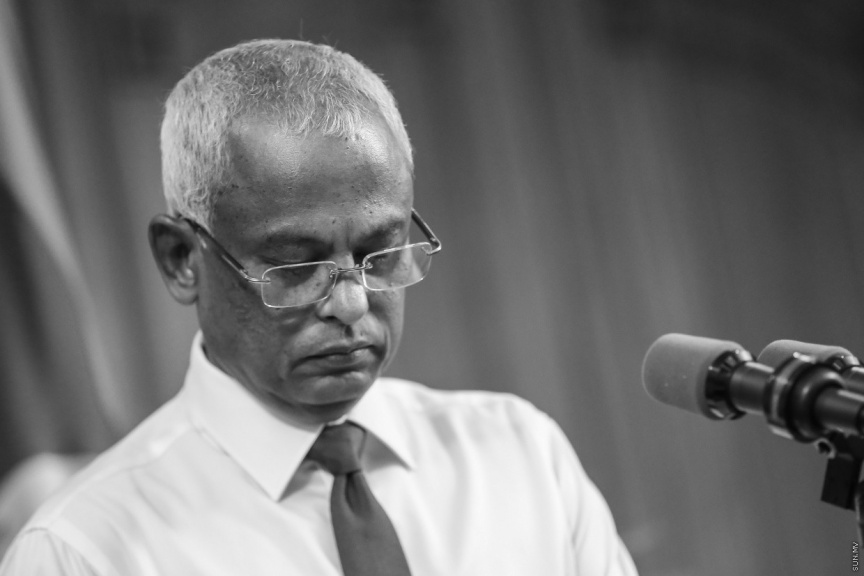 Solih, during a press conference in January, said that the project for construction of a new passenger terminal at the airport – contracted to Saudi Binladin Group – lacked a floorplan and design.

“We don’t know that the inside is supposed to look like. The entire design is missing. So we need to do this work too,” said Solih.

Speaking in an interview during Sun Online’s 50 Minutes talk show, Economic Minister during Yameen’s administration, Mohamed Saeed said “this is because the President made the comments without proper research.”

50 Minutes is a weekly one-on-one talk show aired by Sun Online on its Facebook page every Thursday.

“President Solih lacks awareness of what is going on with that. I think this is probably the reason. The airport’s management and the BOD of MACL will know this is untrue. You ask them. I am certain the comments don’t make sense,” said Saeed.

Saeed said the Board Directors of Maldives Airports Company Limited have always been, and continue to be leading figures in the Maldivian business and tourism industry.

He said the VIA Development Project was conducted under instructions from the BOD of MACL.

“The government led the work. But recommendations and practical work was carried out with assistance of the private sector,” said Saeed.

He said that the design work of the passenger terminal was carried out by a French company which employed many world-class experts in the field.

However, Solih, during the press conference in January, stated that the 7 million passenger capacity was false, and that it was evident the passenger terminal would only be able to accommodate “arrivals and departures of 3.5 million passengers.”

He said that the airport will be filled to capacity within 5 years.

Saeed, during his interview to Sun Online, defended the previous administration’s claim the new passenger terminal will accommodate 7 million passengers.

“We were building the capacity to welcome 7 million passengers to Maldives. That’s what I’m talking about,” said Saeed, who is contesting the upcoming parliamentary elections for the Maavah constituency as a candidate of People’s National Congress (PNC).