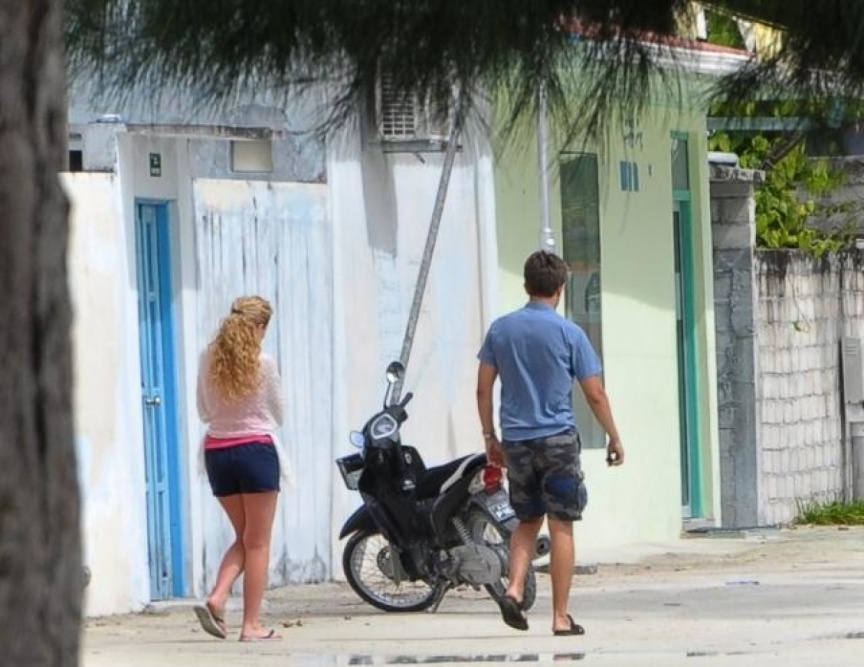 Tourists stroll down a street in a Maldivian island. (File Photo/Sun)

A Japanese tourist who fell ill following a dive has passed away en route to the hospital.

The tourist, identified as a 64-year-old Japanese man, was a guest on a safari in V. Atoll.

Maldives Police Service reports the man was transported to V. Atoll Hospital at 9:48 pm last Sunday. However, his condition deteriorated and he passed away before he reached the hospital.

The agency reports the body of the Japanese man has been transported from the hospital to Male’ City.

The case is the second death of a tourist reported in a single day. A 70-year-old Chinese tourist passed away earlier on Sunday while swimming in the waters off A. A. Madivaru Finolhu.