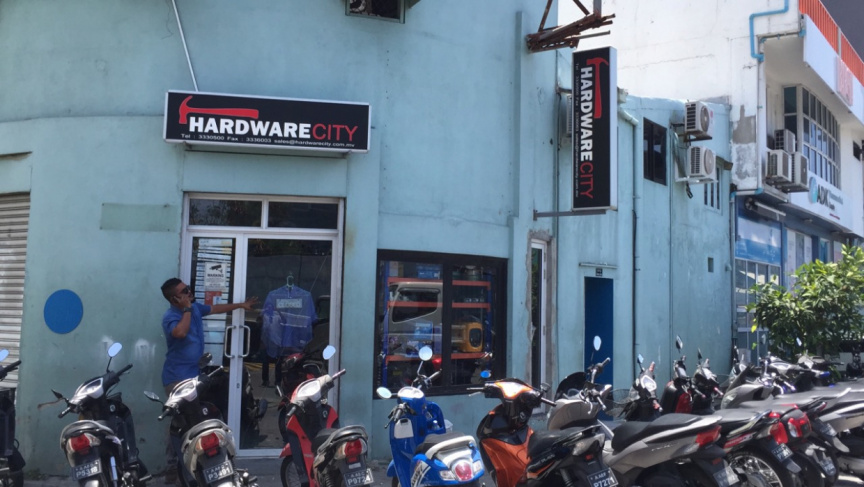 Hardware City: The store was broken into on March 10, 2019. (Photo/Reader Contribution)

Robbers broke into a hardware store located in Boduthakurufaanu Magu of Male’ City and stole MVR 25,000 this Sunday.

An official from the hardware store, Hardware City, who spoke to ‘Sun’ said the robbers broke in at approximately 1 am.

The robbers, in addition to the MVR 25,000, also stole the DVR box of the store’s CCTV camera in an effort to avoid identification.

“They stole the sales money made last night and the cash and cheques which hadn’t been desposited,” said the official.

The robbers had forced their way into the store by using a screw driver to pry open the door.

It is unclear whether any of the merchandise was stolen.

“We are looking at a loss of MVR 25,000. And they also stole the DVR box of the CCTV camera,” reported the official from Hardware City, adding that the case has been reported to the authorities.

Maldives Police Service was not immediately reachable for a comment regarding the robbery.