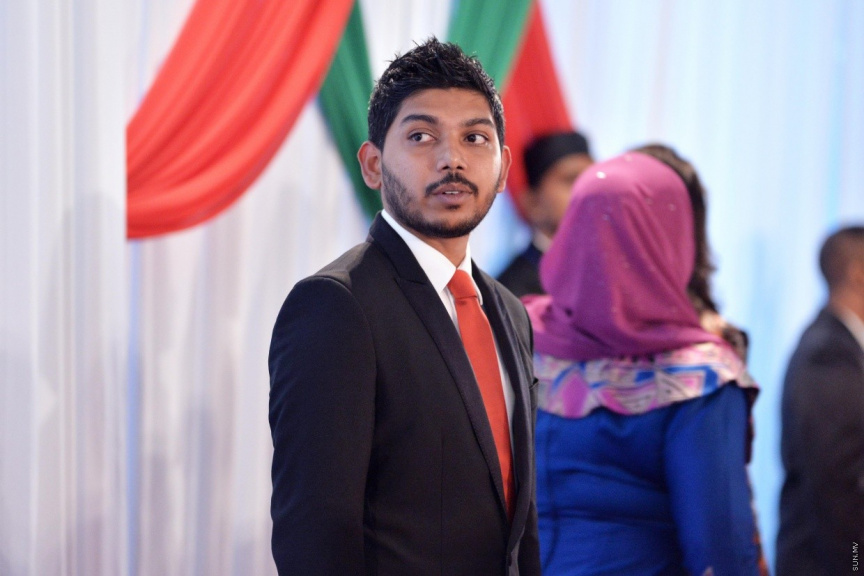 Zahid Rameez, council member of Progressive Party of Maldives (PPM), has left the party alleging both PPM and PNC has been “hijacked” by a faction within the two parties in the name of former Maldivian President and Leader of PPM, Abdulla Yameen Abdul Gayoom.

Following the withdrawal of support, Zahid had applied to contest for the elections as an independent candidate.

In a letter addressed to Yameen, Zahid declared that the Interim Leader of PNC, Abdul Raheem Abdulla and “a few people under his control”, using the power vacuum left in the wake of Yameen’s arrest, had initiated a personal agenda and “hijacked” both PPM and PNC.

“As such, the aforementioned people, after I launched my campaign and met with scores of citizens to gather support, sold the constituency’s support to the party of a tycoon and sold off my rights to the highest bidder,” wrote Zahid.

He said that the decision to sideline PPM loyalists and the takeover of the entire party by “a few individuals who aren’t event accepted by the entire population” was the main reason for PPM’s defeat in the last presidential election.

“The misuse of campaign funds and resources by these aforementioned few people who have prioritized greed and monetary benefit over national interest and your vision talked about with resentment by general members of the party. Another defeat in the parliamentary elections is not too far off if things proceed in this manner.”

Zahid alleged that Abdul Raheem and his allies had forsaken Yameen’s policy to prioritize opportunities for the youth and undercut his words.

He said that they were selling off PPM’s tickets to “people who have dishonored the party’s name and created strife within the nation”.

“I inform you that I hereby tender my resignation from the PPM council and from the party itself,” wrote Zahid.

Zahid’s decision to leave PPM follows warning by PPM and PNC of penalties for the seven of its members who are contesting the elections as independent candidates.

One of the candidates – former Home Minister Azleen Ahmed – was dismissed from PPM last Friday. Azleen is running for the Hulhumale’ constituency as an independent candidate against PPM-PNC candidate Ibrahim Faisal – the son of Abdul Raheem.

Man found dead at a guesthouse in Male’ City