Khaleel denies undue influence in award of flats to 37 relatives 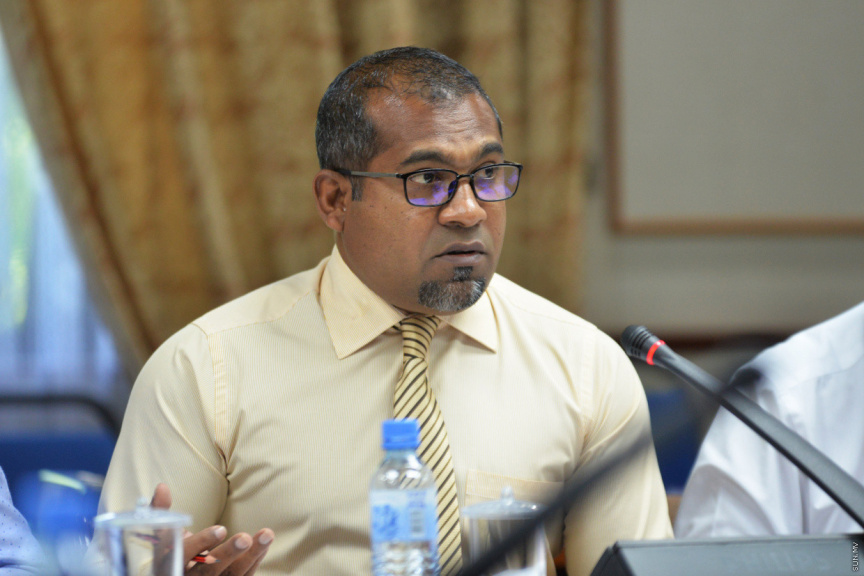 Nilandhoo MP Dr. Abdulla Khaleel has issued a statement admitting 37 of his family members were awarded flats under State housing schemes during former Maldivian President Abdulla Yameen Abdul Gayoom’s administration, but declaring that he did not influence the award process.

The President’s Office released the identities of those awarded housing under State housing schemes last Monday, and opened the opportunity to send in complaints regarding the award process.

In a statement this Wednesday, Khaleel wrote that 47 people from F. Nilandhoo were awarded flats, out of whom 37 were members of his “large family”.

He said that he, however, exuded no influence to ensure they were awarded the flats.

He also accused a resident of his constituency of reporting the information to local reporters “to tarnish my name”. Khaleel said the number of his family members who were awarded flats was three times the number reported by the resident.

“Me being a member of the Parliament, or someone being one of my family members – that does not mean denial of rights. And using my influence has never been, and is not, how I conduct my affairs,” said Khaleel.

Khaleel said that all 37 of his family members were awarded flats based on proper procedure.

“My family members were awarded flats under the Hiyaa Project because they were eligible under the procedure set by the government. Not by me using my influence,” said Khaleel.

A local from Nilandhoo who spoke to ‘Sun’ said that Khaleel’s spouse, his four siblings, his brother-in-laws and sister-in-laws and cousins were awarded flats.

The local said most of the family members already owned land in the island, and that one of Khaleel’s siblings who was awarded land has been living abroad in Sri Lanka for two years.

Khaleel, in his statement, said that many of his family members awarded flats has applied for flats under special categories as they were doctors, teachers and first-time married couples.

He said that those who applied for flats under the special categories had been low, which he said ensured flats to the family members.

Flats under the Hiyaa Housing Project were awarded during the very last days of Yameen’s presidency. The identities of the tenants were not made publicly available, fueling rumors many of the flats were not awarded fairly.

The current administration has established a presidential committee to look into any discrepancies in award of flats under State projects, including the Hiyaa Project.