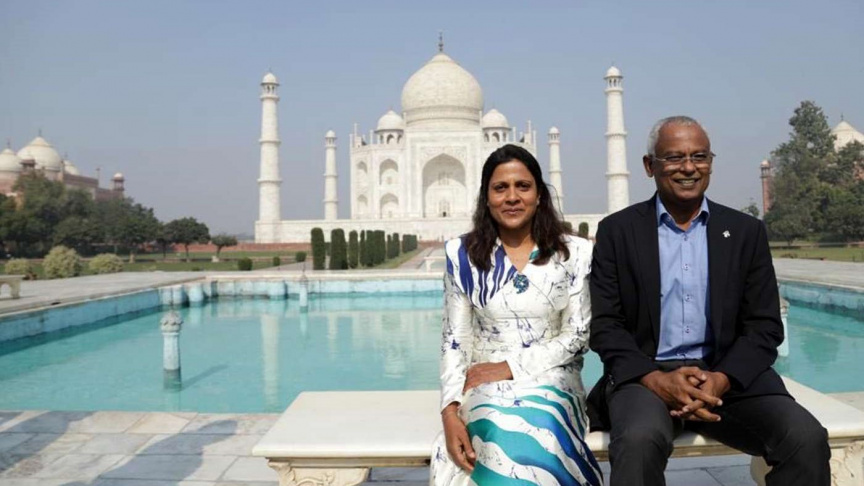 President’s Office reports the President and First Lady left for Singapore this Wednesday. It reports they will be gone for three days.

President’s departure comes as the sunset legislature to empower the two presidential commissions he established on his first day in office remains stymied at the Parliament.

The two presidential commissions - Commission for Investigation on Murders and Enforced Disappearances and the Commission on Corruption and Asset Recovery – were established by the President to honor two of his electoral pledges – justice for victims of unsolved murders and disappearances and recovery of embezzled State funds.

President’s Spokesperson, Ibrahim Hood announced this Wednesday that the President was deeply concerned over the delay in approval for the legislature.

The legislature was tabled for voting at the Parliament for the fourth time this Wednesday afternoon after all previous attempts to pass the legislature failed due to lack of quorum.

Qasim announced the legislature will be re-included in the agenda only after a thorough investigation.