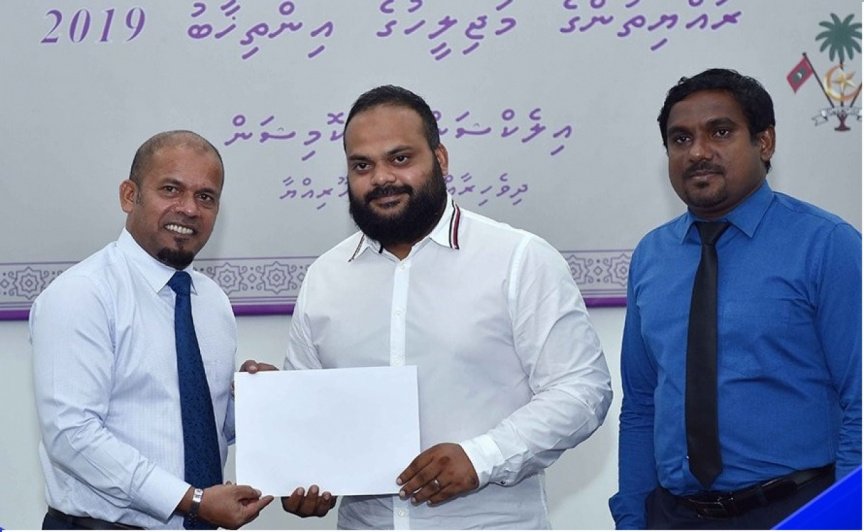 EC had rejected Hassan’s candidacy application citing his negligence to make regular payments to repay a debt declared against him by a court of law.

Hassan, following the decision of EC, had filed a case with the Supreme Court.

He was represented by former Maldivian Vice President Dr. Mohamed Jameel Ahmed – who is Hassan’s brother-in-law.

The Supreme Court ruled in Hassan’s favor. It said the EC had based its decision on incomplete information.

The court also noted in its ruling that all of Hassan court cases for debt had been filed for appeal at higher courts.

The Supreme Court also recently annulled Article 10 of the Political Parties Act - which disqualified candidates defeated in internal elections by political parties from contesting in national elections – citing conflict with the constitutional right of citizens to contest in elections. And ordered EC to re-open application – which closed on February 21 - and keep it open until March 4 to allow candidates defeated in primaries to contest in the parliamentary elections if they wished.

11 arrested for trafficking in anti-drug operations