Yameen to be jailed pending outcome of trial 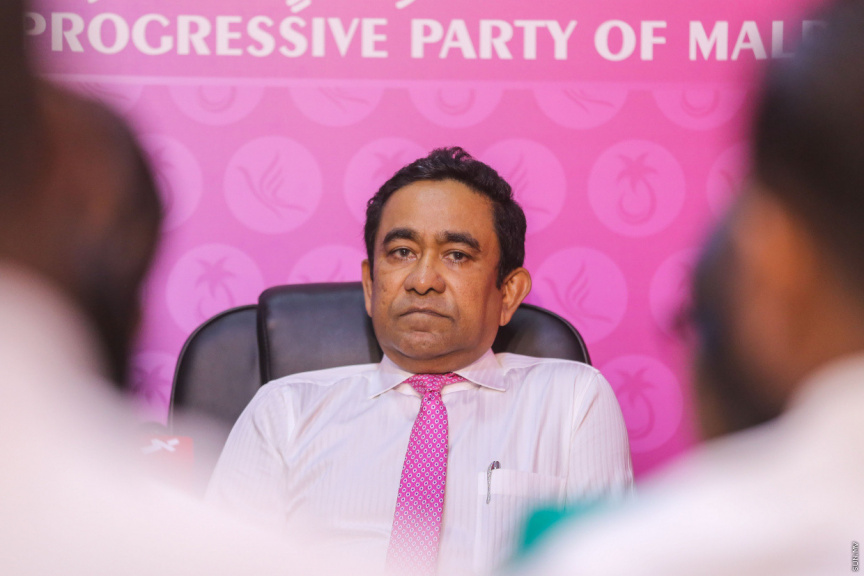 Yameen, the Leader of Progressive Party of Maldives (PPM), has been charged with money laundering and providing false testimony to State investigators following Maldives Police Service’s investigation into the USD 1 million - believed to be embezzled funds in the Maldives Marketing and Public Relations Corporation (MMPRC) scam – deposited to his account at the Maldives Islamic Bank (MIB) by SOF Private Limited.

The court, this Monday, issued the order for his detention following evidence of witness tampering presented by the State prosecution. The evidence supports the prosecution’s claim Yameen offered bribes to the State witnesses in the money laundering case.

The evidence submitted by the State included a confidential document to prove Yameen also used his influence to attempt to impede the case following the submission of the Suspicious Transaction Report prepared by the Financial Intelligence Unit of Maldives Monetary Authority to Maldives Police Service.

Speaking in his defense, Yameen said the evidence in the case where computer generated bank statements which could not be tampered with.

The hearing was presided over the by Chief Judge of Criminal Court, Ahmed Hailam.