JP: PPM’s support for JP’s candidates came without prior discussion 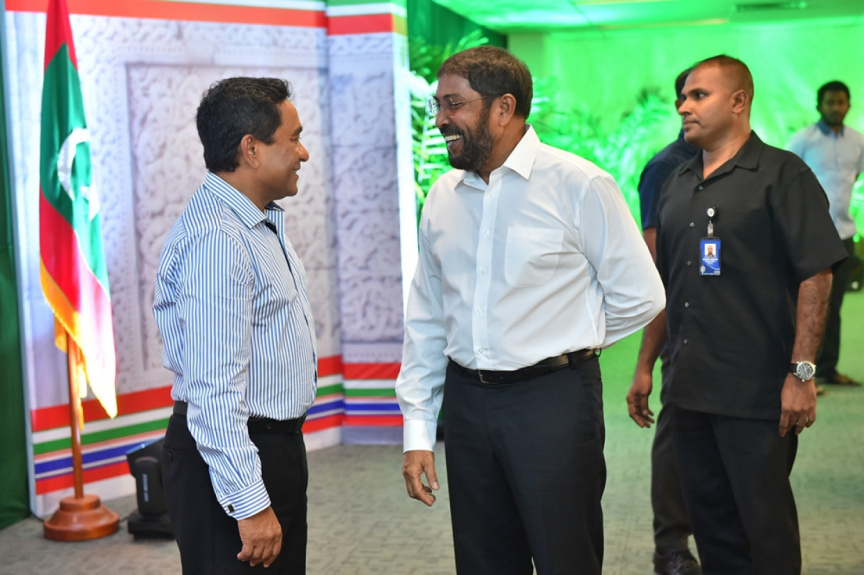 Progressive Party of Maldives (PPM)’s decision to endorse several of Jumhoory Party (JP)’s candidates for the upcoming parliamentary elections came without any prior understanding or negotiation between the two parties, says JP.

“Other political parties, too, have the opportunity to endorse JP’s candidates,” said Solih.

Solih said JP hadn’t been provided prior official notice of PPM’s decision, and only learnt about the decision through media reports.

‘Sun’ has been informed Leader of PPM and former Maldivian President Abdulla Yameen Abdul Gayoom has made the decision to withdraw tickets issued to 25 candidates of the PPM-PNC alliance.

“They didn’t take away the ticket, but told us to voluntarily withdraw from contesting in the elections. We have been told to stop campaigning. PPM doesn’t want its candidates to contest for the districts and wants to endorse JP’s candidates instead,” said one of PPM’s candidates who has been asked to drop out of the parliamentary race.

The latest decision by PPM fuels rumors of the existence of a coalition between JP and PPM, rumors which JP has denied.

When questioned about the rumors, PPM council member and Nilandhoo MP Abdulla Khaleel commented that PPM was preparing to hold a press conference on the parliamentary elections soon, during which it will provide detailed and clear answers to the questions.