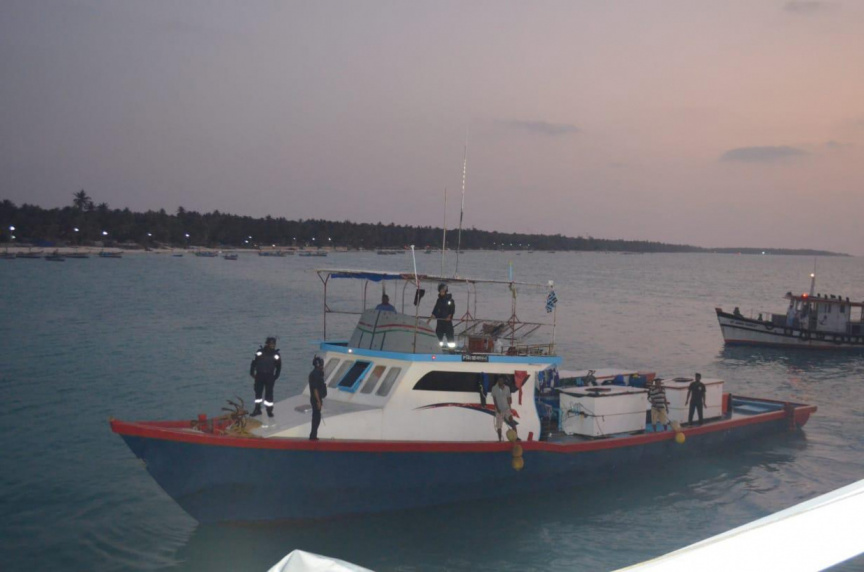 Maldivian fishing boat, Veevaru, which was detained by the Indian coastguard from Lakshadweep on February 15, 2019. (Photo/MNDF)

The Maldivian fishing boat, Veevaru, which was detained by the Indian coastguard after wandering into the Indian territorial waters has been released.

The 12-men crew of the Veevaru was detained last Friday night after they were spotted fishing at an atoll in Lakshadweep.

Maldives National Defense Force (MNDF) reported this Saturday morning that the fishermen have been released.

The MNDF also warned Maldivian fishing boats against wandering into exclusive economic zones of neighboring countries, and appealed for respect of Maldivian laws and regulations on operation of marine vessels.

MNDF reports Veevaru is headed back home to Maldives.