6-year-old dengue patient in critical condition; to be transported abroad 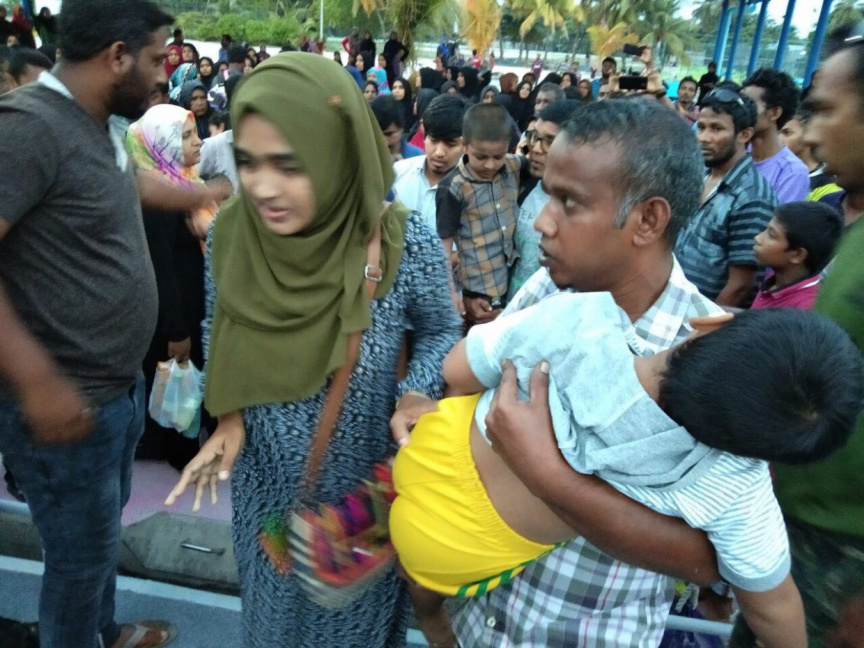 Parents from F. Feeali board the MNDF's sea ambulance with the children who tested positive for dengue on February 8, 2019. (Photo/MNDF)

Doctors have advised one of the dengue patients evacuated from F. Feeali to Male’ City last Friday to be transported abroad for further treatment.

Media official at Indhira Gandhi Memorial Hospital (IGMH), Mohamed Mufeed reported one of the children brought in from Feeali, a six-year-old boy, was in critical condition and being treated at the ICU of the hospital.

“Doctors have advised he be sent abroad for further treatment. We are currently making the necessary arrangements,” said Mufeed.

Six children who tested positive for dengue were evacuated to Male’ City on a MNDF sea ambulance last Friday night.

Two of the children have been discharged, while three – including the patient in critical condition - remains under care at the hospital.

Mufeed reported the six-year-old boy will be sent abroad for treatment this Saturday.

All medical and travel expenses of the boy are to be covered under Aasandha health insurance.

"President will not endorse any non-MDP candidate"