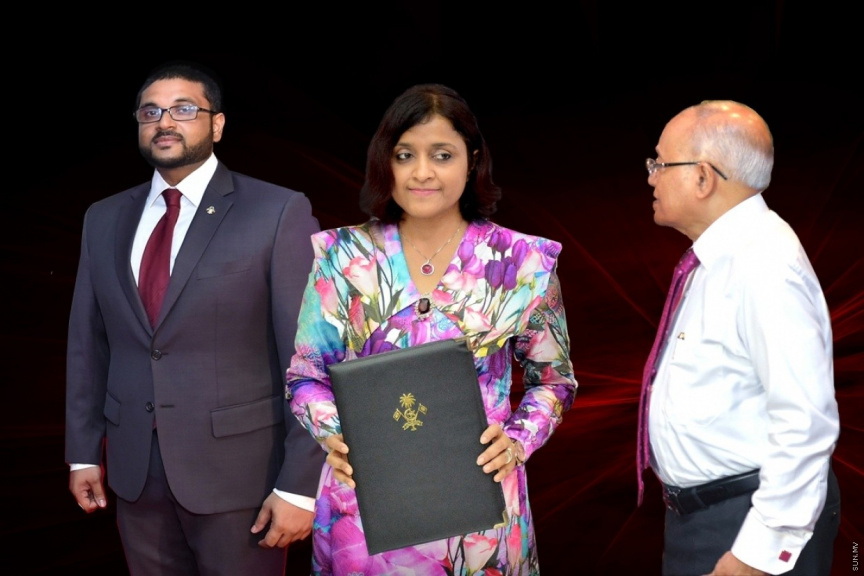 Former Maldivian President Maumoon Abdul Gayoom has announced his support to the opponent of his son, Mohamed Ghassan Maumoon – PPM’s candidate for the Th. Guraidhoo district in the upcoming parliamentary elections.

Maumoon, this Monday, expressed support to Mohamed Ibrahim Manik – an independent candidate running for the same seat as Ghassan.

In a tweet, Maumoon expressed his support to Mohamed Ibrahim Manik and wished him success in the elections – scheduled for April 6.

Ghassan had maintained silence and continued to serve Yameen’s administration despite the arrests of his father Maumoon, his brother MP Ahmed Faris Maumoon and his brother-in-law Mohamed Nadheem.