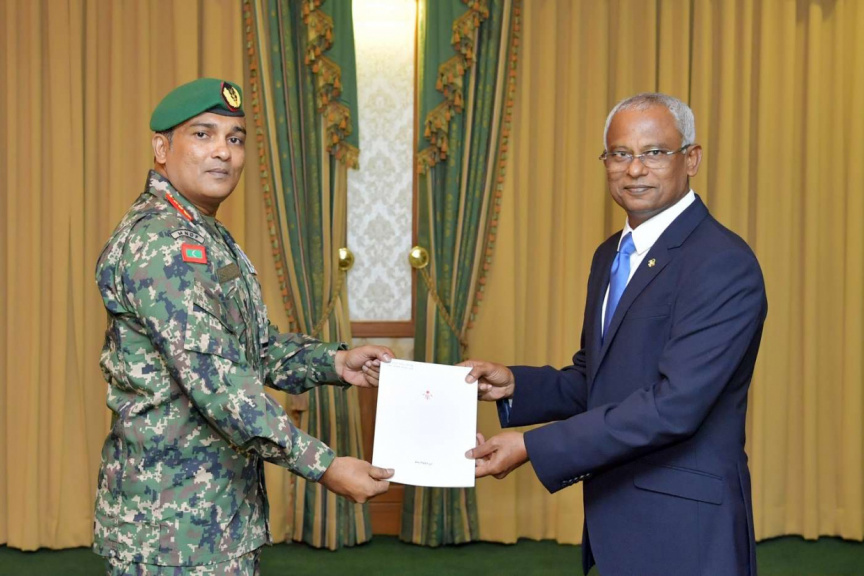 In an interview to Strategic News International of India, Chief of Defense Force of Maldives, Major-General Abdulla Shamaal confirmed the installation of the radar system is now in progress.

Shamaal, in his interview, said the peace and security of the Indian Ocean was a top priority to the Maldivian administration – something of equal importance to both Maldives and India.

He said the radar system was necessary in order to protect the Maldives Exclusive Economic Zone and stop the traffic of narcotics and other contraband.

Shamaal said that discussions on installation of the radar system between the two governments first began 10 years back. He said the work, which was stalled in recent years, has now been expedited.

“This is the second phase. We are currently working on installation of 10 radar systems. We are working on connecting all the radars to one center,” said Shamaal.

Shamaal said the two governments, at the moment, have only discussed installation of 10 radar systems.

India is currently in the middle of negotiations to install the coastal radar surveillance systems in Bangladesh, Myanmar and Indonesia.

Indian press reports the Maldivian Defense Minister Mariya Ahmed Didi, during her visit to India this January, signed the MoU between the two governments for installation of the radar systems.