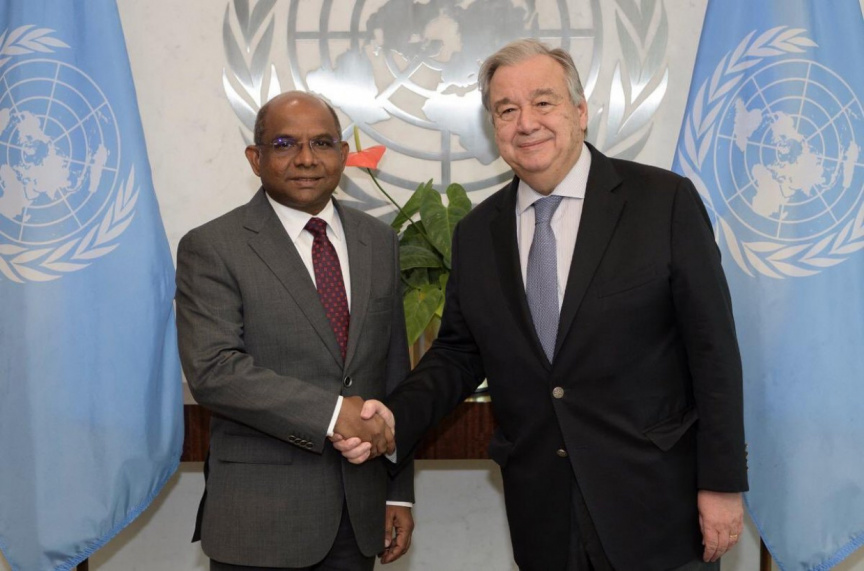 Foreign Minister, Abdulla Shahid, has said that the world has started accepting the Maldives after five years in isolation.

In a tweet sent out after returning from his visit to the UAE, USA and Britain, Minister Shahid said that the trip was a "fruitful" and the world has started welcoming the Maldives with genuine warmth.

He said that the international community is ready to help President Ibrahim Mohamed Solih fulfill his 100 day pledge.

Minister Shahid also made an address at the United Nations Security Council and he also met with the Secretary-General of the Commonwealth, Patricia Scotland, and discussed the Maldives re-joining the Commonwealth.